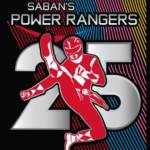 The first showcase is none other than the recent release of the iconic auto-morphin figures first released with the original Mighty Morphin Power Rangers toy line. Available now at retailers are the Mighty Morphin Red Ranger, Pink Ranger, and Green Ranger. Also announced today is that the Blue Ranger, Black Ranger, and Yellow Ranger will be available to purchase this fall.

On top of that – RangerNation.com has been updated to be a brand new website! There’s an interactive museum with facts about each season of Power Rangers, a section where you can ask Zordon a question, morph back to the Internet circa 1993, and of course the 25 for the 25th feature.

Check out the full press release by clicking “Read More”!