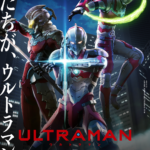 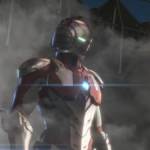 The newly released 12th volume of the ongoing Ultraman manga has revealed that it’s forthcoming anime adaptation will premiere on Netflix in Spring 2019! More importantly the announcement also confirms that the series will have a simultaneous release worldwide, with the whole series being made available to subscribers that day.

The series is being animated by prolific studio Production I.G., with Kenji Kamiyama (Ghost in the Shell: Stand Alone Complex), and Shinji Aramaki (Appleseed) serving as directors. It will be produced as a 3D CGI series, with motion capture also being utilised for an added sense of realism.

The Ultraman manga series first began in 2011, serving as a direct sequel to the original 1966 series. Its North American publisher Viz Media describes the series as;

Are you looking forward to the release of the Ultraman anime adaptation? Let us know your thoughts after the jump!