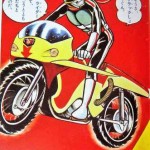 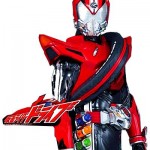 2015 is about to kick off, and we have news of next year’s big Rider movie with a copyright trademark appearing for Kamen Rider Drive VS All Riders: Kamen Rider Taisen The Second!

Unfortunately, we only have a name to go on for now so plot details are a currently non existent but we should be seeing trailers for the film in the coming weeks.