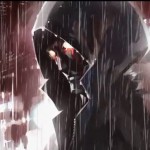 Bessatu Shonen Champion magazine has revealed it will begin publishing a new manga series based on Shotaro Ishinomori’s Robot Detective series from September 12th. What makes this more exciting is that it will be helmed by Eiichi Shimizu and Tomohiro Shimaguchi – the writer/artist duo also behind the popular ongoing Ultraman manga series.

The Robot Detective manga had been previously announced at the beginning of 2014, alongside this promotional video from Toei.

The original television series ran in 1973 for a total of 26 episodes and starred the sharply dressed titular Robot Detective “K”. We’ll bring you more news on the new manga adaptation as it comes!