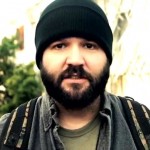 We’re doing a series of updates on films starring or being created by former Power Rangers actors. And while TokuNation.com has avoided taking any public stance on any fan created films (due mostly in part to the sour taste left in everyone’s mouth due to one “film” in particular) we also think it’s only fair to inform our audience of these types of things because honestly – they’re pretty cool and we do hope they’re successful.

Unless you’ve been living under a rock, you should know that Austin St. John, also known as the original Red Ranger in Mighty Morphin Power Rangers as well as the greatest Power Ranger of all time, the Zeo Gold Ranger, is set to star in a post-apocalyptic world as a survivor who must lead other survivors to safety. The movie is called Survival’s End and the perks for donating to the campaign are interesting – everything from your name in the credits to a camping trip with the “OG Red” himself! Check out Austin St. John discussing the movie below.

We want to note – this campaign is considered flexible funding – no matter if they hit their incredibly high goal of ($275,000), any money you elect to donate will be given regardless if the goal is reached. But Austin St. John has taken things to a new level in the realm of fundraising – he’s selling raffle tickets for your chance to win a number of awesome Power Rangers collectibles, with his autograph on it, and a super rare opportunity to own the Mighty Morphin Red Ranger helmet that he’s been carrying with him for about a year or so now.

Click here to check out all the items available in the raffle! The money collected will go towards the creation of Survival’s End. To check out the Indiegogo for the movie, click here and look at your donation options.

Are you interested in seeing Survival’s End be made? What items from the list are you interested in buying a raffle ticket for? And what are your thoughts on more and more Power Rangers seeking your help in making movies? Sound off in our discussion thread!