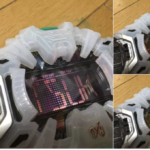 Kamen Rider Zi-O’s first episode just debuted over the weekend. And while the Ziku Driver hasn’t been out for long, people in Japan have already figured out a way to hack the belt and as a result: new sounds have been discovered. The following sounds were found to exist inside the Driver courtesy of Crane Joe:

In addition, a diagram posted on Crane Joe’s blog shows which pins need to be pushed in order to activate what noises. Now it’s entirely possible that any one of these could end up becoming new Ride Watches or Riders entirely, but like the Drive Driver, a lot of these could end up not getting used so, for now, do take these with a grain of salt. In the meantime, stay tuned to Tokunation we’ll bring you more updates as they become available. There could be potential spoilers to these leaks, so please click the jump at your own risk. 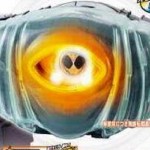 With the premiere of Kamen Rider Ghost only a week or so away, it’s time for the merchandise to begin hitting in full swing. With that, here’s a quick demonstration video of the upcoming DX Ghost Driver toy. It looks … pretty awesome, to say the least. Check it! Thanks to our pal @SSJ3__Goku on Twitter for the find!

What do you think? Plan to pick one up? Sound off in the discussion thread! 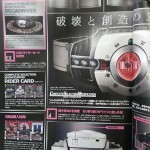 Amongst the blitzkrieg of Figuroh Magazine tonight, we have new information regarding the upcoming Complete Selection Modification DecaDriver with a few of the cards having been revealed. In the last update, it was revealed that a selection of Rider Cards will be sold seperately from the belt itself. This archive will contain every card used by Decade spanning his TV and film appearances, and a few of those cards have been revealed in these scans.

Of course, we have the card for Decade Violent Emotion, in addition to Attack Ride: Side Basher, Ongekibo Rekka, and every blank Rider cards seen earlier in the show’s run just to name a few. Not only that, but pressing a button located on the bottom of the belt plays the show’s BGMs Parallel World and Decade.

Both the belt and Rider cards will be releasing via Premium Bandai in February 2015 for 12,960 yen and 7,560 yen respectively. Buying them both and you’ll get the Final Attack Ride Diend, Kaijin Ride Eagle and Moose Undead cards.