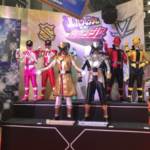 It’s that time again: time for another Tokyo Toy Show! Our first stream of photos is starting to trickle in and as always: Bandai is putting on an impressive show with the latest merchandise from LupinRanger VS PatRanger.

Kicking things off, we have our first look at the DX X Emperor the mecha of Pat Ren X/Lupin X in both of his modes, in addition to a set of adorable plush versions of the Lupin and Pat Ranger teams. Only the plushies have a confirmed release date as of the time of this writing: they will be released in July for 1500 yen.

Tokyo Toy Show will be an ongoing event so stay tuned to Tokunation and we’ll keep providing updates from the event as they become available. 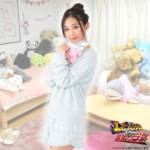 If you’ve been following LupinRanger VS Patoranger, you might be all too familiar with Tsukasa(PatRen 3) and her obsession for all things cute and plush. And for those of you that might be looking for that sweet, sweet release P-Bandai has just the thing.

A trio of adorable plush key chains just went up for pre-order, representing Tsukasa’s obsession and first off we have , the shark plush from episode 4 of the series in addition to Fuwa-Pan and Jagaton which were the focus of episode 13.

All three will be released in July for the modest price of 2,700 yen. 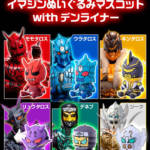 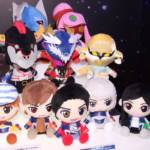 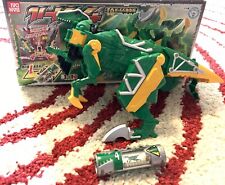