The WAP Infinity Style figure has been revealed through catalogue scans giving us another look at Wizard’s final form. The figure will retail for 2940 yen with a currently unknown release date

New Scans Have Been Revealed! In this month’s issue of FigureOh, new images of Kamen Rider Wizard’s WAP (Wizard Action Please) Dragon Styles have been revealed! Showcased are Flame Dragon (already released), Water Dragon, Hurricane Dragon and Land Dragon along with all their respective Dragon Parts that allows them to form All Dragon! But that’s not all folks, for we have an image of Kamen Rider Beast and Beast Chimera! Kamen Rider Beast is about 150mm tall while the Beast Chimera is about 105 tall. Parts of the Chimera can form different mantles (Falco, Buffa, Dolphin and Chameleo) for Kamen Rider Beast. This set also has a Dice Saber. Price for WAP Beast is 4,200 Yen.

Thanks to Tokunation member Electric Turahk for the heads up! 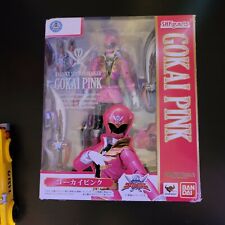