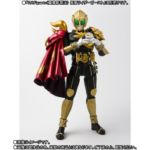 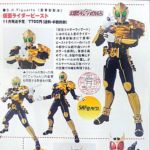 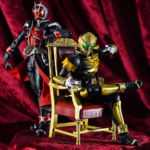 In a Figuarts Blog update Bandai is showing off the upcoming Machine Kivaa & chair set to go with Shinkocchou Seihou Kamen Rider Kiva. This blog post runs the spectrum of various Figuarts taking Kiva’s throne for a spin. From vintage riders like the original Gattack release along with Sasword, all the way to releases of recent years like Kivala and even Kuroto Dan.

However one surprise in this set of photos is the very first official teaser for Shinkocchou Seihou Kamen Rider Beast! Sitting upon Kiva’s chair and flanked by Seihou Wizard, Beast looks every bit as impressive as Wizard himself. A brand new mold featuring all of the same modern engineering that the Seihou line has come to be known for. No release details have been revealed yet, but it’s only a matter of time before we hear more about this possible release. 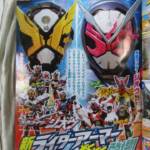 A plethora of new magazine scans detailing the upcoming adventures of Kamen Rider Zi-O have been posted online! These scans give us some very detailed information about the next adventures of this time-traveling Rider.

*The next stop on Zi-O’s tour is to the year 2011 and the world of Kamen Rider Fourze! WIth Fourze’s RideWatch Zi-O will gain the power of COSMIC ENERGY to activate the Kamen Rider Fourze RideArmor!This new Armor utilizes Fourze’s legendary Rocket Punch ability & can also transform into a Rocket Mode for direct attacks.

*The last confirmed stop on the Riders’ tour at the moment is to year 2012 and the world of Kamen Rider Wizard! To obtain this Riders’ magic powers, the time-travelers must work with Kosuke Nito– better known as Kamen Rider Beast! Actor Tasuku Nagase will reprise his role as the mayonnaise-loving archeologist once again. Once the Wizard RideWatch is obtained, Kamen Rider Geiz will activate Kamen Rider Wizard RideArmor and be able to control magic itself!

Definitely some exciting times ahead AND several tributes to Kamen Rider history along the way! Stay tuned to TokuNation as we keep you up to date on all Kamen Rider reveals. 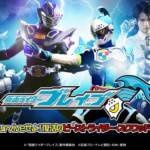 *Kamen Rider Snipe will receive a special episode included on the second volume of the Kamen Rider Ex-Aid Blu-Ray release. Titled Kamen Rider Snipe Episode 0, this release will apparently explore the events of Zero Day– the day the Bugster monsters first appeared. Episode 0 will be released on July 12, 2017! 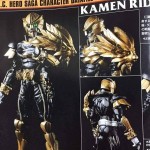 Sadly, price and release details are not available at the time of writing. Stay tuned to TokuNation for further details! 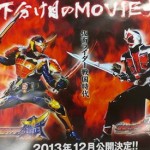 The newest promo for the upcoming Kamen Rider crossover film “The Faithful Sengoku Movie War” has come online, giving us another new look at the Rider Arms exclusive forms used by the new squad of Armored Riders! 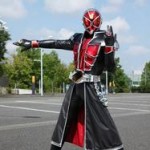 Wizard’s own movie promo is now online, featuring an early preview of the new magical world where anyone can henshin! 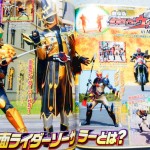 As we get closer to the summer, new magazine scans reveal details for Kamen Rider Wizard’s Summer Film!

Kamen Rider Sorcerer, the main Antagonist, is seen in the first image fighting Kamen Rider Beast. Also in the first image, is an image of his foot soldier, a Mage. And in the lower corner, we see what appears to be the Donut Shop Hungry Manager, Worker, and Shunpei each transforming into a Mage!

The second image brings more details about Kamen Rider Sorcerer. Transforming with his Sorcerer Wizard Ring, Kamen Rider Sorcerer has 3 other rings that have yet to be identified. The second image also shows the Mage Wizard Ring, which is how people in the film transform. And it also shows not just Shunpei, but also Rinko and Wajima preparing to transform to! Also judging by the image, it confirms that anybody can use magic and transform into a Mage!

Stay tuned as more news is brought up!

Edit: Updated with images of Sorcerer and his human form, who will be played by Japanese actor Takanori Jinnai.
Next Page »