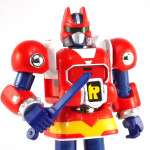 Toku Toy Box returns with yet another gallery of a classic toy! Picking up where we left off with our Superchange Kabutack DX Gallery we’re moving 1 year ahead to Kabutack’s follow up series, Tetsuwan Tantei Robotack, the final Metal Hero! Today’s gallery will focus on the series lead character in toy form, Magnet Change Robotack!

A revolutionary toy line, Robotack features my absolute favorite gimmick ever; Magnet (Jishakku) Change! Each figure in the line consisted of a central torso with detachable limbs each embedded with a magnet. Not only did this allow you transform each figure from it’s Normal Mode to Super Mode but every figure in the line was totally interchangeable with one another! Any number of unique combinations is possible. Robotack himself is a sturdy die-cast laden toy more than worth adding to your collection, especially for the low prices he’s available for today!

Click “Discuss on the TokuNation Forums” at the bottom of this post in order to view the entire 80 image gallery as well as a full review of this set! We’ve also included a short synopsis of Tetsuwan Tantei Robotack for those unfamiliar with the series. And remember that this gallery qualifies you for entry in our Toku Toy Box Giveaway! That means all you have to do is post something relevant to the conversation and you’re entered for a chance to win! 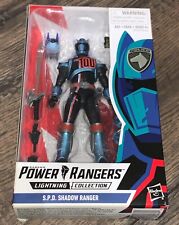