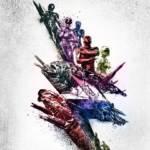 The biggest challenge that the Power Rangers Movie had to overcome is the sheer fact that the show, which has been on-going for nearly 25 years now, is incredibly campy and treats the audience like they’re in the early years of elementary school. With that label firmly attached, the cast and crew somehow had to manage to turn that campy bowl of brightly colored cheese in to something with a little more grit, a little more oomph, and a little more heart to win over the diehard fans, the casual fans, and the movie-goers who just want to see a popcorn blockbuster flick.

We’re pleased to say that the movie succeeds with each and every type of movie-goer.

The Power Rangers Movie has it all – humor, campy cheese, action, drama – and manages to deliver all of it without feeling forced or “rehearsed” (meaning it feels that many of the things these characters go through feels natural and not randomly happening for sake of plot device). But make no mistake – the Power Rangers Movie isn’t about five brightly colored superheroes defending the world. Instead, the movie is about five teenagers who each have their own serious issues (examples being Billy has social issues due to his form of Autism, Jason has fallen from grace with his dad and the town for a stupid prank gone wrong, and of course, Trini is trying to figure out her sexuality within the confines of the “perfect family” who believe in labels and behaving certain ways) that need to come together not only as a team, but as friends, before they can truly harness the power within the Power Coins to become Power Rangers.

There’s moments in this movie where your emotions are going to be tested – especially during the campfire scene – and it is in those emotional moments where you begin to realize just how invested in these characters you’ve become. And because of that, when the time finally comes for them to morph, you’ll want to stand up and cheer (or at least clap or shout out “woo!”).

There’s action in the movie – though it is saved until the final act and when it happens it happens so fast that you’ll swear it only lasted 15 minutes (more like 30 minutes in reality). But you are waiting until the end to get the action that you want.

In terms of the characters – R.J. Cyler steals the show. You might as well call this the “Billy Cranston and the Power Rangers” movie. There’s plenty of character development (as stated earlier), but some characters tend to fall flat – namely Jason and Kimberly – mostly because the things they’re going through are events in the past, while Zack, Trini, and even Billy are dealing with their emotional events in the moment. It doesn’t take away from their development too much, but when Kimberly is trying to be emotional with Jason regarding her big issue, it feels lackluster (aside from being maybe a little “too soon” in terms of being portrayed in a movie, or even a “…that’s your big hang up? Really?”).

Speaking of Kimberly – it feels as if the writers weren’t quite sure what they wanted to do with her. Is she supposed to be the sex symbol of the movie (didn’t you get a Megan Fox vibe in the beginning?) or is she supposed to be the level-headed one of the group that bridges the gap between the different cliques at school? It’s like they wanted to create sexual tension between her and another character – but they weren’t sure which one and never did quite figure it out (especially when you realize just how much stuff seen in the trailers was cut from the movie).

Zordon (played by Bryan Cranston) is a refreshing change from the television series. While in the television series he is seen as the perfect mentor, all wise and supportive, he is quite the opposite in this movie. He doesn’t want to be stuck on a wall mentoring these teenagers – he wants to be out there in the middle of the fight helping stop Rita Repulsa. And he’s not afraid to call out our heroes when they screw up or fail to perform as expected.

Alpha-5 (played by Bill Hader) also ends up stealing many moments of the movie with quirky background dialogue. In a pivotal scene you can hear him in the background state “Why are you all looking at each other? Is that a human thing?”. He also has the iconic line of what this movie, and this entire franchise, has always been about – “Different colors, different kids, different colored kids!”.

Finally – Elizabeth Banks as Rita Repulsa. You can tell that Banks had the time of her life as this character as the character goes from horror movie to the slightly campy Rita Repulsa we all grew up with. She has a few lines which will harken back to your childhood and manages to never break character. One observation I had is that the more “campy” or “silly” moments of dialogue from Rita Repulsa reminded me of Divatox in Power Rangers Turbo both in terms of delivery and tone from Banks.

The Power Rangers Movie isn’t going to win any Oscars – but it’s not trying to – and that’s one of many reasons that it works. The movie manages to lay the foundation of a movie Universe that has the potential to give us stories for years and years to come. The movie manages to hit you in the heart with emotional scenes but brings you back with the comedy immediately afterwards, never allowing you to linger on one emotion for too long. And most importantly – the characters feel real. I want to be friends with Billy Cranston. I want to hang out with Zack Taylor. Maybe Kimberly Hart would like to come over and watch some Netflix. I want to jam out to music with Trini. And I’d enjoy being around Jason Scott.

This movie isn’t perfect. But it’s not trying to be. While movie critics look for reasons to validate why they aren’t allowed to like this “kid’s movie on the big screen”, fans across the country have come together to shout at the top of their lungs how happy they are with this movie. Casual fans are cheering and becoming more interested and non-fans are finding the movie enjoyable.

The Power Rangers Movie has heart, soul, and all the things that you loved about the show as a kid. The movie manages to reboot the original series and opens the doors for current fans and new fans alike to enjoy a new generation of teenagers with attitude. Make no mistake – these are not your parents’ Power Rangers – but they don’t try to be either. Grab some popcorn, your favorite beverage, and sit down for two hours that will test your emotions and have you pumping your fist. Go, go see this movie and Go, Go Power Rangers. We score this movie a solid 8/10.