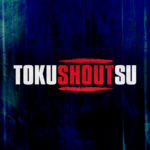 The people at Shout! Factory have teamed up with the minds at Pluto TV to create an exclusive new streaming channel for tokusatsu projects!

Titled TokoSHOUTsu this new platform will allow a variety of shows to viewers- including the legendary 1971 Kamen Rider series available for the first time in the US!

In addition, TokuSHOUTsu will produce ORIGINAL content- including a weekly series known as Let’s Talk Toku hosted by Squall Charlson that will feature Power Rangers alumni Jason Narvey in a guest spot for some episodes.

TokuSHOUTsu officially launches at 12AM Tuesday March 17 2020 and will be available on Channel 681 via Pluto TV- which can be accessed from a variety of streaming devices including Roku, Amazon Fire & Apple TV.