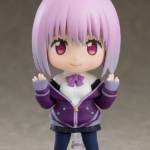 Our friends over at Good Smile is finally gearing up to release Nendorid Akane Shinjo. A few days ago, GSC Blog gave us a preview of the figure along with her hefty accessory count which also appears to include a clear display stand too.

Additional photos of this figure have now been released, and with that, we now have a release window for this adorable little figure. Nendoroid Akane Shinjo will run at a suggested MSRB of 4,630 yen.

Via the GSC blog, we have a full set of official images for Good Smile’s upcoming Nendoroid Akane Shinjo!

While GSC is also working on a Figma Akane (and Rikka!), the Nendo will satisfy many collector’s needs, especially given the wonderful accessories she includes:

That is QUITE the hefty accessory count, though undoubtedly something will be included as a GSC online shop exclusive. Possibly even one of the above revealed items. At this time, GSC has not confirmed Akane’s price but orders will open for her on December 26th, so we’ll know how much she’ll run you, at that time. 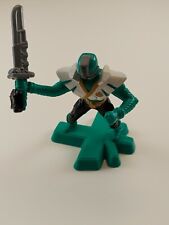