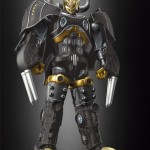 Youtube user 開封戦隊ショウカイジャーJP has put up an in-depth look at the Bandai’s latest Super Sentai Premium item- the DX Cryner Robo (that’s the official spelling, though many fans refer to it as the Darkliner Robo).

This review lets us see the transformation and alternate forms for this Shadow Line Mecha!

DX Cryner/Darkliner Robo will cost roughly 14000 Yen before shipping and middleman fees and is available now from Premium sellers. 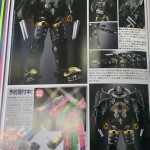 The recent round of magazine scans have finally given us our first look at the DarkLiner Robo– the massive enemy robot controlled by the Shadow Line and a vital weapon in the fight against the ToQGers.

Premium Bandai’s DarkLiner Robo can transform from robot to DarkLiner Train form and has alternative heads- one for the standard issue Robo and another representing General Schwarz’s personal attack craft.

The Premium Bandai DarkLiner Robo will cost 12960 Yen before shipping and middleman fees. If you’re interested then contact your buyer of choice before its release in December 2014 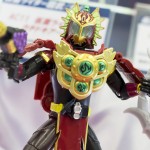 As Bandai of Japan & Banpresto hold their annual summer toy festival we’re seeing a lot of what we’ve seen before in terms of our favorite Japanese heroes. However a few new items have snuck out and onto display that we haven’t quite seen yet. In some cases we’ve got better shots of a few things we’ve only glimpsed til now.

On display at the moment are the various minipla from Ressha Sentai ToQger including the upcoming Safari Ga Oh as well as several other combinations like Cho Cho ToQ Dai Oh. But of special note is the upcoming Rainbow Clear SP set of ToQ Oh & Diesel Oh! This set was initially revealed via an imageless Amiami pre-order but now we can see them in their wonderful translucent glory.

While we’re on ToQger some new vinyls have also been unveiled which will definitely please fans of the series. Joining the likes of General Schwartz & the Kuros is Baron Nero of the Shadow Line! On top of that we have some ToQ Changed versions of  ToQ 1 in Pink & Yellow!

Topping things off for Kamen Rider Gaim is the previously revealed DX Yomi Lock Seed & Arms Change Ryugen Yomotsu Heguri Arms which are also on display here. Finally have some better close up shots of the pair. And the placard next to Ryugen apparently confirms that he will indeed come with the Overlord’s weapons! And not to be left out Banpresto has some more Dual Solid Hero Kamen Rider figures on display as well! 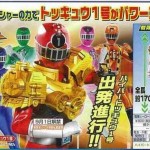 As speculated earlier in the series it seems ToQger will feature a new power up, Hyper Mode!

Accessible through the Hyper Ressha, Hyper Mode gives the ToQger’s bright golden train armor for the chest and shoulders. Something very reminiscent of the Super Goseigers. Though for now this power up is confirmed only to be used by ToQ 1 it’s entirely possible that the other members may have access to it as well!

These magazine scan also show us our first image of Hyper Mode in toy form with the ToQ 1 Hyper Mode vinyl. We get a great look a the DX Daikaiten Cannon which includes the Hyper Ressha. And we get looks at the very first Shadow Line vinyls! General Schwarz and the Kuros! 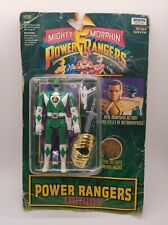