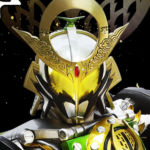 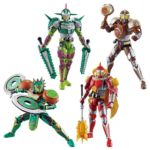 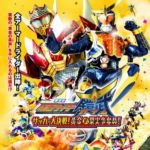 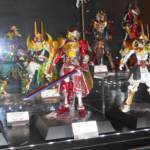 Some of these were first revealed at the Tamashii Nations event last month. There is currently no release information for these characters as they are simply prototypes. If that should change we will let you know! Thanks to @dewachang on Twitter for the images!

END_OF_DOCUMENT_TOKEN_TO_BE_REPLACED 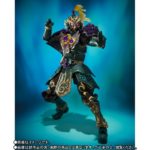 The 3rd S.I.C. entry from Kamen Rider Gaim, Ryugen Budou Arms will be released February 2017 as a Tamashii Web Exclusive for 8856 yen. Included with Ryugen will be 5 additional hands, an display pedestal for the armor mode of the figure, his Budou Ryuho handgun, and 3 Lockseeds! This figure packs quite a punch for his hefty price.

Get with your preferred Tamashii Web Exclusive middleman or service today to secure your order!

Finally after months of waiting Bandai has at long last confirmed the release of one highly anticipated Rider figuart and two more releases fans have eagerly awaited. Confirmed via an image on the Tamashii Web Shop front page today are releases of the following:

Type Tridoron’s release follows a lengthy and uncertain wait that made many fans anxious. Additionally it has been confirmed that Type Tridoron Tire Mix-Up Set will be sold temperately. We just saw images of Deep Specter at the Akihabara Bandai display last week. And S.I.C. Ryugen has been seen previously only at Tamashii events so it’s a welcome surprise to see his release as well.

All 4 of these figures are slated to be released as Tamashii Web Exclusives. We’ll update you as soon as pricing, release dates, and official images become available for each of these figures! 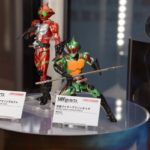