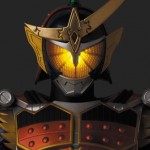 ORANGE ARMS! THE PATH TO BLOSSOM, ON STAGE!

Thanks to AmiAmi, we finally have an official production gallery and release info for the upcoming RAH Genesis Gaim figure which was revealed a few days ago.

RAH Genesis Gaim Orange Arms will run you a whopping 29,800 yen before shipping and taxes. The good news? The figure won’t be released till April 2016, so start saving!

RAH Genesis Gaim includes all the accessories you’d expect him too: both his Daidaimaru and Musou Saber are well detailed along with replicas of the Strawberry and Pineapple Lock Seeds. Much like Drive, Gaim’s helmet will have a light up LED gimmick as well as a custom display base. 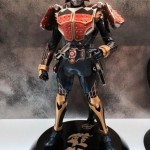 RAH Gensis Gaim Orange Arms was revealed at their very own Medicom Toy Exhibition, though at the moment there isn’t any release details avalaible for him. 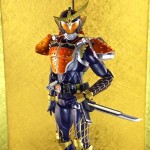 There’s no question that Kamen Rider Gaim is a much beloved Rider in our fandom, not only was his show fantastic but Bandai produced many fantastic toys as well. The good news for any late comers is that Tamashi Nations will be reissuing S.H.Figuarts Gaim Orange Arms!

The reissue will be coming in June, hot off the heels of the V Cinema film that will be coming out in April, for those looking to start on a Gaim collection now will be the time.   Wanna see more of S.H.Figuarts Kamen Rider Gaim Orange Arms? Make the jump here to check out our own Den-O‘s gallery of the toy.