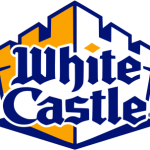 We’re just about to finish the holiday season for the year 2013 and your friends at Talkin Toku at the Nation are bringing you some end-of-the-year Holiday cheer! Please join Kickback, Den-O, and Sentai Tamashii in the last episode of 2013! Taking the show away from where we’ve been, this show primarily focuses on TOYS. Find out what the guys think the Best Toy of 2013 is, what the Worst Toy of 2013 is, the most anticipated toys of 2014, and what our, as well as your favorite toku companies, New Year’s Resolutions are and should be.

And of course, the mystery of why this episode is featuring an image of White Castle. Please take a listen and participate – post in the discussion thread, or send us an email at podcast@tokunation.com to ask us questions and we’ll read them live on the air!

LibSyn Link:
Our LibSyn page for the show!

iTunes Link:
A link to our iTunes page (or just search “Tokunation” on iTunes)

Please take part in the discussion thread. Look for Episode 004 to release in January, 2014! Thank you for your support and we’ll see you soon!

Continuing Amiami‘s coverage of the recent Kanazawa Palace Exhibition is a selection of Kamen Rider figures from both Bandai and Medicom!

From Bandai there was a display of the forthcoming SH Figuarts Kamen Rider Odin and Kamen Rider Wizard Flame Dragon, as well as the recently announced first appearance Kamen Rider Ichigo and Shocker Combatant.

Tamashii’s Main Page has confirmed that S.H. Figuarts Kamen Rider Odin (or “Wrath” if you’re a Dragon Knight fan) will be released this summer!

Odin is the ninth Ryuki Rider to be released and apparently his Contract Beast Golphoenix will be included with the figure! Both will be in stores this June
at a cost of 4,725 Yen

During Tamashi Nations earlier this year, Bandai featured a full display of all 13 Riders from Kamen Rider Ryuki.

New magazine scans gives us our first look at these figures, including Kamen Rider Tiger’s yet to be released Contract Monster Destwilder, along with Odin, Femme, Imperer, Scissors, Verde Alternative Zero and their respective Contract Monsters!

No other details regarding price or release date are known at this time. Stay tuned, we’ll have more updates as they become available!