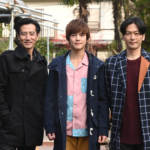 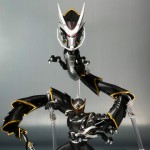 Did you miss out on a previously released S.H. Figuart that has now become rather pricey and expensive on the secondary market? Or would you rather not deal with oversea websites like Mandarake and AmiAmi? We’ve scoured eBay to find some good deals on harder to find, sealed S.H. Figuarts and we’ve listed them here.

But hurry – most of these items are Buy It Now or ending soon!

Do you have items up for sale on eBay? If you do, why not post them in our Toku Toys on eBay forum for all our members to see! If you have something rare or unique, we’ll even front page it for the fan community to see!

User stonekeung01 over at Toysdaily has just received his tamashii web exclusive S.H. Figuarts Kamen Rider Ryuga and has shared some pics! It’s just a couple of action shots and some in package pics but Ryuga certainly looks intimidating and awesome!

Hot on the hells of the initial reveal of the SH Figuarts Kamen Rider Ryuga (from Kamen Rider Ryuki) and the Sachiku/Corporate Drone (from Akibaranger), Bandai’s Tamashii webstore has begun taking pre orders for the two items, along with full image galleries.

Both figures will include character-specific Tamashii stages and alternate hand parts, while Ryuga will also include his contract monster Dragblacker.

Both are Tamashii web exclusives due for release in March 2013. Ryuga is priced at 4200 yen, while the Corporate Drone is priced 3360 yen. Check out both image galleries after the jump! 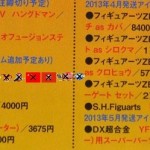 No official pics yet but magazine scans listing Tamashii Web Exclusives for March 2013 confirm that Ryuuga (or “Onyx” for Dragon Knight fans) is on the way at last!

Kamen Rider Ryuuga will cost 4200 Yen and preorders are expected to open in early November along with other March Exclusives.