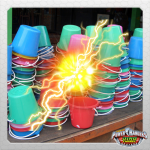 For over a year, the hosts of Talkin Toku have relentlessly shared their negative opinions towards Power Rangers Megaforce and Power Rangers Super Megaforce. To the point that some in the fan community choose not to listen to us because we refuse to accept anything less than GOOD writing, GOOD acting, and GOOD story-telling. We are labeled as “haters”, and “just more people bashing Power Rangers”. To that we say THANK YOU – we refuse to accept something just because the name is slapped on it, and for the last four years that is exactly what we’ve had – poor story-telling, poor acting (from most, not all), poor direction, poor editing, and poor decisions regarding the television program that we all grew up with as kids.

On Saturday, February 7th, kids across the world will be introduced to Power Rangers Dino Charge, the next iteration of the fabled Power Rangers franchise. Returning to helm the show is fan-favorite executive producer Chip Lynn, who many praised before the first episode was even released. Will his presence be felt? Or is Power Rangers now forever destined to be a mere “Google translate” show of Super Sentai?

Join Kickback/Chris, Den-O/Jordan, Sentai Tamashii/Tom, and two very special guests – trekkieb47/Eric and baltmatrix/Matt – as we spend over an hour and a half discussing the good, the bad, and the ugly with Power Rangers Dino Charge. Did it live up to the hype? What are our individual thoughts on the episode and the direction of the franchise with this new series? And most importantly (and most shocking) – what did Den-O/Jordan, best known for his utter disdain for all things Power Rangers, feel about the premiere?

You WILL be surprised!

Before we begin the discussion of Power Rangers Dino Charge the group takes a moment to discuss the elephant in the room and the tragic incident regarding Rick Medina, who played the role of Cole Evans the Red Wild Force Power Ranger as well as Dekker in Power Rangers Samurai/Super Samurai. The question we ask – does Saban Brands react in any way, and if so, how?

NOTE! This episode was recorded before Rick Medina was released from jail with no charges pressed (at the moment, investigation is on-going).

And maybe most importantly, the Twitter trend from the night of the recording and the focus of our episode picture is revealed (to an extent). See the beginning of how five nerds started a brief trend on Twitter within the Tokusatsu community and how it all came to be. Unfortunately, we weren’t recording when everything really took off – but we saved the pictures and they are now available for you to view.

Also – we read your reactions to the premiere from Twitter!