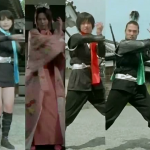 Hikaru, has taken it upon himself to guide & teach the Ozu family. Using the powers of Magi Shine and the Heavenly Steel God Travellion he’s more than a match for most Infershia. But Wolzard has once again returned, with a new sword forged of N-Ma’s fang! To turn the Magirangers to darkness he will attempt to defeat a Heavenly Saint once again. And Tsubasa will tempt fate and the universe to use Reverse Magic. To save the souls of many, he may lose his own.

If you haven’t figured it out by now, this is the part where we link you to this weeks discussion. Simply click “Discuss on the TokuNation Forums” at the bottom of this post to join in our weekly roundtable on all things Magi(ranger)cal. 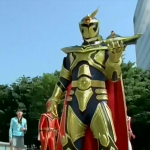 Mahou Sentai Magiranger is back! And Let’s Watch Wednesdays just keep on rolling along, and this week we brought a train! It’s time for a new warrior and a transforming train of magical justice for this installment!

Branken is defeated. And the Magitopian traitor Raigel has revived as the madou priest, Meemy! Using his dark powers he’ll revive the Hades Beast Men, so it looks like it’s time for a new hero to appear! Smoky, the wish granting genie of the lamp! Though he doesn’t seem so heroic on his own. But perhaps his master will appear? A cursed golden hero, freed by a kiss? The shining solar elemental, Magi Shine! And he brings with him the mighty Travellion!

Click “Discuss on the TokuNation Forums” at the bottom of this post to jump into our weekly discussion! 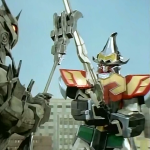 The key has been found! The woman “Rin” is who the Magirangers must protect. But does she merely have the key, or is she the key itself? Or will she reveal herself to be something much more? Wolzard has finished amassing dark power as well. His chance to battle a Heavenly Saint has come. And the Hades Gate will appear, will the Infershia legions slip through? Will Branken actually be the victorious general at last? A new darkness will rise, very soon.

As always we’d like you to join us in our weekly discussion thread for LWW. Just click “Discussion the TokuNation Forums” at the bottom of this post to head right over! 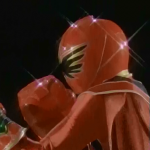 The 3 Confined Hades Beasts must be called upon now by Branken! The seal which holds the Infershia at bay is their goal. They must find, The Key! Meanwhile Wolzard is performing a dark spell as the Magirangers are distracted. Urara is in full Mom mode when she finds out the Ozu family finances have disappeared thanks to Makito, Kai & Tsubasa must box a beast with Magi Punch, and Houka will get engaged?!

It looks like another magical week of discussions. So click “Discuss on the TokuNation Forums” at the bottom of this post to jump right into the discussion. Magi Magi Majiro! 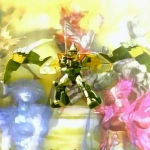 The most magical and mystical of Let’s Watch Wednesdays continues with Mahou Sentai Magiranger at Tokunation!

It looks like another of the Ozu boys is in love! But Makito may not be ready for his “lovely” love interest, or a possessed cactus. When the flower of love blooms, the Hades Beast is born! And thanks to a scheme (and a concert) by Nai & Mare, Houka will face the challenge of being a vampire! Apparently one she may not make it out of. Vancuria is the Queen of Vampires, and only Magi Yellow’s abilities can stop her. Tsubasa is Houka’s only chance.

As always be sure to join in our magical musings each week by clicking “Discuss on the TokuNation Forums” at the bottom of this post. That’ll take you directly to our weekly discussion thread. 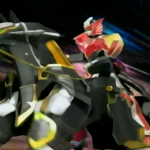 After an epic battle against Branken and Wolzard, the Magirangers are left beaten and without the power of Magiking! But Kai is also in a dream state, after using magic beyond his grasp, unable to wake without the aid of Tsubasa. Houka will also attempt to be an actress, but will Urara steal the spotlight? A magical sing and dance number is in order! And finally Kai will have an unexpected encounter with Barikion, Fire Kaiser shall rise!

As always be sure to join in our magical musings each week by clicking “Discuss on the TokuNation Forums” at the bottom of this post. 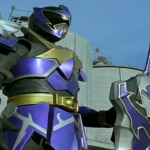 The adventure that is Let’s Watch Wednesdays with Mahou Sentai Magiranger continues at Tokunation!

Thanks to some brotherly rivalry, strawberries, and a dash of courage the mighty Magi Dragon was born! But this week the Magirangers will receive the spell of Majin Gattai and the powerful Magiking will rise! Young love will blossom (sort of), a metamorphing monster taxi will eat people (seriously), and Wolzard will return from the depths. But this time with a new dark magic, his own Majin Gattai. And Wolkaiser will rule the darkness. Can the hidden power within Magi Red Satisfy Wolzards curiosity and defeat his evil?

As always we’d love for you to join in our weekly magical musings. To do so just click “Discuss on the TokuNation Forums” at the bottom of this post and jump right into the discussion thread. We’ll see you again next week! 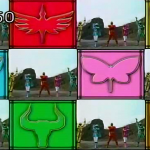 Let’s Watch Wednesdays @ Tokunation returns! Though I suppose we were never gone ;) After a few intense and close rounds of voting, the community has spoken. It was a tight race at the end but our next Let’s Watch segment will be Mahou Sentai Magiranger! And now it’s time to meet the Ozu family, mother Miyuki and her 5 children.

But this is by no means an average family! Little do her kids know, Miyuki is actually a magician chose by the heavenly saint and known as Magi Mother! And soon it’ll be up to her kids to take on Branken, Vancuria, & the Infershia as Mahou Sentai Magiranger! But they better watch out, the Dark Magic Knight Wolzard has arrived alongside the Infershia with goals of his own. Can these 5 siblings inherit the legacy of their mother and long lost father to defend the world?

To join in our magical musings click “Discuss on the TokuNation Forums” at the bottom of this post.

And the winners are, losondro (Blade & Blue Spader) and Electric Turahk (Blade Turn up)!