Ultraman fans also had plenty to be excited about at this year’s Tamashii Nations event! Listed below are all the S.H. Figuarts Bandai had on show – some already released, some that have appeared at previous events and of course some new reveals as well!

Here’s a full list of everything that was on show, with all figures currently unconfirmed for release denoted in bold;

You can check out all of the reveals and displays after the jump and stay tuned to Tokunation for more information as it comes! 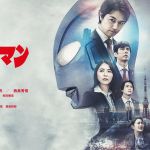 The Ultraman brand is easily one of the most recognizable tokusatsu properties across the world, having been broadcast around 100 different countries since 1966.  The film “Shin Ultraman” released in Japan back in May 2022 and has grossed over 43.8 billion yen (approximately $324 million dollars).  Tsuburaya has shared plans to release the movie throughout 37 different countries and with specific plans for North America, South America, and Europe to be announced at a later date.

Click here to see the list of 37 countries (Middle East and Africa).  The movie will be begin to become available in those countries starting September 1st, 2022 in Singapore.

The film has been screened at film festivals but this would be an official international release. 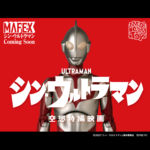 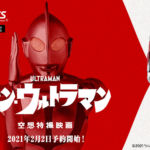