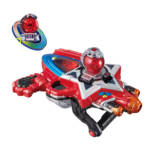 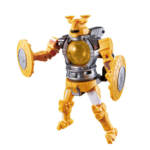 Uchu Sentai Kyuranger is here! wotakufighter on YouTube has been sharing his video reviews of this incredibly anticipated release of figures with everyone in the last day. In this video we take a look at Tenbin Gold‘s personal mech – the Tenbin Voyager! Check out the video below!

Did you pre-order your Uchu Sentai Kyuranger toys? Are you excited to get them? Sound off in our discussion thread! 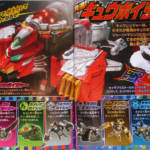 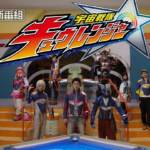 While the first 5 KyuRanger actors were revealed weeks ago, we know know the voice actors behind the other four members of this new team:

*Ookami Blue aka Garu will be voiced by Kazuya Nakai (best known as Zoro from One Piece)
*Oushi Black aka Champ is played by Akio Otsuka (Lt. Garuru from Sgt. Frog)
*Tenbin Gold aka Balance is voiced by Yuki Ono (Ultraman Belial)
*Washi Pink aka Raptor 283 shall be portrayed by Mao Ichimichi/”M.A.O.” (Luka from Gokaiger)

In addition we also got to see the KyuRangers’ commander, Sho Lonpo! Although others know him as The Strongest In The Universe, Sho Lonpo’s true character is just a kindly old man. He will be played by veteran voice actor Hiroshi Kamiya (Koji from Digimon Frontier).

Last but certainly not least the musical talents behind KyuRangers’ opening/ending theme have also been revealed!

*The intro, LUCKYSTAR will be performed by Tomohiro Hatano.
*The ending, KyuTama Dancing is done by Tsuyoshi Matsubara (who previously performed the opening theme to Gokaiger.

Uchu Sentai KyuRanger begins on February 12, 2017! Stay tuned to TokuNation as we keep you up to date on all Super Sentai News! 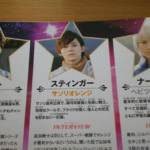 Some new promotional material has been posted online, offering fans even more details about the upcoming 41st Super Sentai Series!

In addition to some new photos of the Uchu Sentai KyuRanger, this new publication offers more character details for the nine new Rangers:

*Shishi Red, aka Lucky is a bold, naïve and lucky young man since birth. He always thinks positively and believes in his[/b] amazing luck to get him out of trouble.
*Sasori Orange aka Stinger was born in the Scorpio System and is known as the strongest warrior in the galaxy. He is a proud & cold lone wolf who hates interacting with others.
*Hebitsukai Silver aka Naga Ray is an emotionless young man who operates according to a code of logic. He and Tenbin Gold are known space rogues.
*​Tenbin Gold aka Balance is a mechanical being working with Hebitsukai Silver. A smooth and solid droid, he unexpectedly knows how to treat others right.
*Chameleon Green aka Hammy is a curious, hyperactive, and incredibly skilled ninja. She is very self-motivated but unable to control her emotions due to her youth.
*Kajiki Yellow aka Spada has been traveling the universe to become the greatest chef. He is a dependable member of the team due to his expertise.
*Ookami Blue aka Garu is a wild beastman with incredible speed and strength. Though not the brightest and very impatient, he is always reliable in combat.
*Oushi Black aka Champ is a battle robot with superhuman strength. Generally cheerful, he is also incredibly hot-blooded and loyal to his friends.
*Washi Pink aka Raptor 283 is a female android who pilots the KyuRanger’s mothership, the Orion. She’s usually serious & loyal to the mission, but prone to delusions.

Uchu Sentai KyuRanger is currently scheduled to begin on February 12, 2017! Stay tuned to TokuNation as we keep you up to date on all KyuRanger news!!! 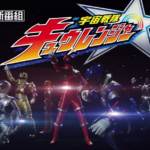 The very first official teaser for the 41st Super Sentai Series has been posted online!

This is our best look yet at the heroes of Uchu Sentai KyuRanger!

While no new details are revealed, this promo offers a detailed look at the KyuRanger suits and the unique details given to all nine new heroes.

Uchu Sentai KyuRanger will begin on February 12, 2017! Stay tuned to TokuNation as we keep you up to date on all KyuRanger News! 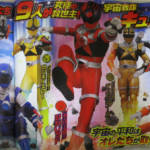 With some new magazine scans now circling the Internet, we have learned a bit more about the heroes of the 41st Super Sentai Series!

Here is what we know so far about the members of Uchu Sentai KyuRanger:

*Shishi Red is said to be “born lucky,” which gives him special guidance in fights. He is called The Very Lucky Greatest Star!
*Ookami Blue is a Jyujin (literally “BeastMan”) who specializes in “wild” combat. He is nicknamed The Space Wolf.
*Oushi Black is a robot, built for wrestling. His title is Raging Bull Wrestler!
*Tenbin Gold is an android nicknamed The Mechaman with the power to control other machines.
*Hebitsuki Silver is an alien with a special power to paralyze opponents- earning him the moniker Psychic Guy.
*Sasori Orange is a veteran warrior who uses poisonous techniques- earning him a reputation as The Stinger Soldier.
*Chameleon Green is a ninja-alien who can change her body colors to hide in plain sight. She is called The Surprise Ninja.
*Washi Pink is an android designed with enhanced speed & flight capabilities, nicknamed The Super Flying Warrior!
*Kajiki Yellow is a chef, and fights chiefly with blade weapons. He’s been labeled The Finishing Move Chef!

All in all a very mixed team- with three humans, three aliens and three robotic Rangers!

If all goes according to plan, Uchu Sentai KyuRanger will begin on February 12, 2017! Stay tuned to TokuNation as we keep you up to date on this exciting new series! 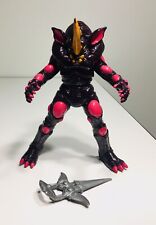 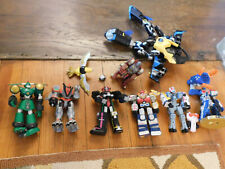 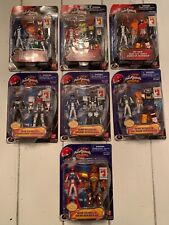 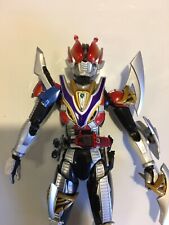 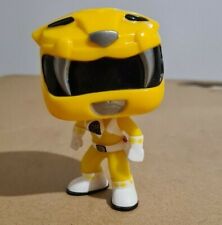 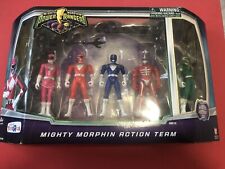 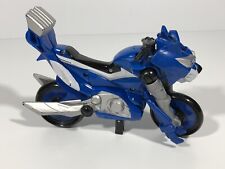