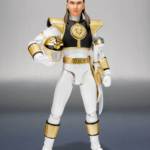 If you’ve been keeping up with our SDCC coverage than you may know that Tamashii Nations plans on releasing Helmetless versions of the S.H.Figuarts MMPR Red and Green Ranger exclusives.

In a surprise reveal, BlueFin Brands announced that their face scanning technology will be put to use on another release of the S.H.Figuarts MMPR White Ranger, the announcement came from BlueFin Brand’s official website.

The S.H.Figuarts Helmetless MMPR White Ranger doesn’t appear to be among the exclusives for SDCC. His official product page lists him for $65.00 USD with a release date slated for November. This is the perfect opportunity if you were one of the many that missed out on this figure the first time around. 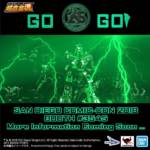 We have no details as of yet to what this release will detail. Stay tuned for more details and information as it comes available.