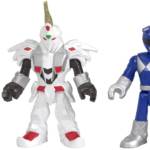 Thanks to @VintageJakksBCA on Twitter we have our first look at some new Fisher Price Power Rangers Imaginext toys revealed through listings at WalMart.com. The full listings of what was discovered is listed below.

Images of three of the 2 packs is available and included in this post. Also included is the SKU and UPC information on these new Imaginext figures. For those who collect – happy hunting! We don’t have exact release information yet but will keep you posted. Until then let’s celebrate our first Cyclopsis toy! Share your excitement for the Power Rangers Imaginext toys in the discussion thread. 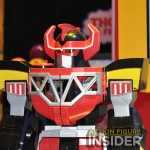 Though it slipped by during our coverage of New York Toy Fair, Fisher-Price had an impressive Migthy Morphin Power Rangers Imaginext Playset on display. And now thanks to Action Figure Insider we can share some information and images of this upcoming set!

A sizable toy, this Morphin Megazord playset looks to be an all-in-one adventure for children of all ages and includes Armored Red & Armored Black Ranger figures to helm the mighty robot. Additionally Fisher-Price revealed information about the functionality of the Megazord and the rest of their upcoming Mighty Morphin toyline for 2015!

We’ll keep you up to date with more information on this exciting new line as it becomes available!