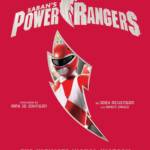 After several delays and much speculation, the hardcover collection Power Rangers: The Ultimate Visual History is at last coming to stores!

Written by Ramin Zahad & Jody Revenson (with a forward by original Pink Ranger Amy Jo Johnson) explores the extensive history of the Power Rangers franchise- examining every season from Mighty Morphin to Ninja Steel. The book will feature extensive behind-the-scenes production details for the Power Rangers franchise, and include multiple interviews with those responsible for this cultural phenomenon.

A handful of preview pages have been released so fans can get a good idea of just what this special volume contains.

Power Rangers: The Ultimate Visual History is currently scheduled for release on November 6 2018! The price is a very modest $50 USD– although currently Amazon.com is offering preorders at a reduced price of $31.45 USD! Definitely a good bargain for Power Rangers fans! 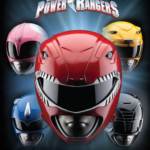 Not so long ago it was announced that Power Rangers would be receiving an “ultimate visual history” treatment in book form, with fans even being called upon to submit anything they considered worthy of inclusion.

Now Amazon have updated their listing for 192-page hardcover Power Rangers: The Ultimate Visual History book, which will be released on November 7th 2017 with an RRP of $50. Also included in the listing is a look at the book’s cover, as well as some sample pages covering over two decades’ worth of Power Ranger history.

An interesting new listing has been posted at Amazon.com this morning-

Publisher Insight Editions will be releasing an Ultimate Visual History guide to the Power Rangers franchise next year, offering some key insights on the franchise. As the current listing states:


Explore the history of Saban’s Power Rangers with this exclusive collection of artwork, behind-the-scenes photos, interviews and more.

Power Rangers: The Ultimate Visual History takes viewers on a fascinating behind-the-scenes tour of the Power Rangers franchise, from the conception of the television show to the present-day seasons, feature films, toys, video games, comic books and more. This comprehensive collection features interviews with top creators, as well as some of the key writers and producers responsible for the iconic look and panache of the legendary superhero franchise. Special inserts, charts, art replications and badges add special interest and collectability to this fantastic tribute to the lasting legacy of the Power Rangers. A special chapter will also focus on the making of the new Power Rangers movie, which will be released by Lionsgate in March 2017.

Definitely something to look out for! Release is currently scheduled for February 28, 2017 so stay tuned to TokuNation for further details.