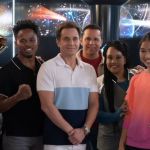 During today’s Hasbro Pulse premium livestream, a special project was announced to celebrate the 30th anniversary of the Power Rangers franchise.

A number of Ranger alumni will be returning to appear in this special presentation, including-

Rounding out the cast is newcomer Charlie Kersh– who will be playing the daughter of Trini, the Mighty Morphin Yellow Ranger.

Stay tuned to TokuNation for further details on this momentous moment in Power Rangers history!

Some big changes are on the horizon for Power Rangers!

Filmmaker Jonathan Entwistle– best known for the Netflix series I Am Not OK With This and It’s The End Of The F***ING World has officially been selected to develop the Power Rangers license through the eOne production banner run by Hasbro.

This new venture is described as the beginning of a connected story universe with Entwistle’s offerings bridging multiple platforms- meaning new Power Rangers projects for film AND television!

Stay tuned to TokuNation as we keep you up to date on this exciting new chapter in Power Rangers history!

Hasbro has revealed a new outlet for the Power Rangers franchise!


“POWER RANGERS is a powerhouse franchise and we’re excited to build upon its 25-year legacy of entertainment and innovation to bring immersive experiences to a new generation of fans. We’re thrilled to work with Kilburn Live to unlock the potential of the POWER RANGERS Brand Blueprint with the live stage show and fan experience designed to delight existing fans and attract new ones. Kilburn is a proven leader in executing creative live entertainment experiences and we know all POWER RANGERS fans and families will find even more ways to engage with their favorite franchise.”

No release dates have been announced for this new live venture. Stay tuned to TokuNation for further details! 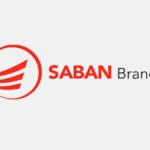 Today marks the beginning of the end of an era.

A recent business report announced that Power Rangers production & development company Saban Brands in Century City, California will be closing on July 2, 2018 as a result of the planned Hasbro Inc purchase.

A total of 60 workers will be dismissed, with 51 of the jobs to be eliminated on the date of closure. At time of writing, it remains unknown if Hasbro will employ any of the dismissed employees.

We here at TokuNation wish to extend our best wishes to the dismissed employees, and hope everyone is successful in transitioning to new careers. May The Power Protect You All.

Earlier this year we reported that Hasbro, Inc would be taking over as the main producer of Power Rangers toys. But it seems Hasbro’s interest in the brand did not stop at just merchandising.

In a special deal announced today, Hasbro has purchased the Power Rangers brand from Saban Properties LLC for a reputed $522 MILLION! This deal includes a number of Saban Brands’ other

Hasbro CEO Brian Goldner remarks on the purchase- “Power Rangers is an iconic brand built on a heritage of great storytelling and merchandising with tremendous upside potential when fully executed across Hasbro’s Brand Blueprint. Shortly after entering into our licensing arrangement, it became clear that now was the time to begin investing in unlocking Power Rangers’ full potential. We see significant opportunity for Power Rangers across our entire Brand Blueprint, including toys and games, consumer products, digital gaming and entertainment, as well as geographically throughout our global retail footprint.”

Meanwhile, Saban Brands’ founder Haim Saban will remain on-hand in a consulting role overseeing Hasbro’s efforts with Power Rangers for the time being. Saban adds- “25 years after launching Power Rangers, I believe the future for this brand has never been greater. Hasbro’s leadership in innovation, storytelling and brand stewardship make it the perfect company to further develop the global reach and appeal of the Power Rangers property. I look forward to working with Brian and the team in the years to come.”

Definitely an exciting new development for Power Rangers fans! Stay tuned to TokuNation as we keep you up to date on this remarkable new change in Power Rangers history! 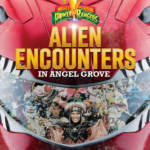 Yet another new piece of commemorative merchandise has been revealed for the Power Rangers 25th Anniversary Celebration!

Take a trip across the cosmos with this comprehensive guide to every alien invasion in Power Rangers history. From notoriously nefarious villains like Rita Repulsa to goofball goons like Pumpkin Rapper, discover a world of monsters, mutants, beasts, and baddies in this collectible book for fans of all ages.

This unique new publication is currently scheduled for release in June 2018! 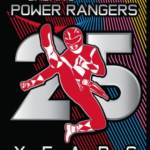 Convention season is upon us once again! New York Comic Con officially opens tomorrow, and Saban Brands has decided to kick things off by announcing their plans for the TWENTY-FIFTH anniversary of Power Rangers! Yes, August 28 2018 will officially make 25 YEARS since five teenagers with attitude changed childrens’ entertainment forever.

Here are a few of the ways Saban plans to celebrate in 2018:

*An anniversary episode is currently scheduled to air during the Summer run of Power Rangers Super Ninja Steel!

*A new national Power Rangers LIVE TOUR is on the way, thanks to a partnership with Red Light Management and Creative Artists Agency. This will also lead to special interactive escape rooms & virtual reality centers.

The Power Rangers 25th Anniversary campaign- officially subtitled You’ve Got The Power! kicks off in January 2018! Stay tuned to TokuNation as we keep you up to date on this remarkable milestone celebration!

Twitch will be hosting a massive SEVENTEEN DAY marathon of Power Rangers, airing a total of 831 Episodes!

This marathon will cover everything from the beginning of Mighty Morphin through the end of Dino SuperCharge.

The Twitch TV Power Rangers Marathon will begin March 14, 2017 and can be viewed RIGHT HERE via TwitchTV Presents!

An interesting new listing has been posted at Amazon.com this morning-

Publisher Insight Editions will be releasing an Ultimate Visual History guide to the Power Rangers franchise next year, offering some key insights on the franchise. As the current listing states:


Explore the history of Saban’s Power Rangers with this exclusive collection of artwork, behind-the-scenes photos, interviews and more.

Power Rangers: The Ultimate Visual History takes viewers on a fascinating behind-the-scenes tour of the Power Rangers franchise, from the conception of the television show to the present-day seasons, feature films, toys, video games, comic books and more. This comprehensive collection features interviews with top creators, as well as some of the key writers and producers responsible for the iconic look and panache of the legendary superhero franchise. Special inserts, charts, art replications and badges add special interest and collectability to this fantastic tribute to the lasting legacy of the Power Rangers. A special chapter will also focus on the making of the new Power Rangers movie, which will be released by Lionsgate in March 2017.

Definitely something to look out for! Release is currently scheduled for February 28, 2017 so stay tuned to TokuNation for further details.