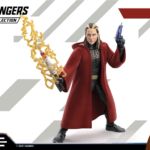 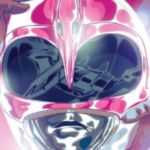 Three new and exciting listings for Hasbro’s fan-favorite Lightning Collection line have been spotted thanks to files located in the Wave Management pdf file.

Those new listings are as follows:

In addition, new barcodes hint that the previously rumored TMNT Crossover figures maybe inbound for an August 1st release, though nothing official has been confirmed as of this writing.

Want to speculate on what these new listings possibly could be? Feel free to join our ongoing Lightning Collection Discussion after the jump

As a part of their online event, Mezco Toyzfair 2021, Mezco has just unveiled what is sure to be an incredibly popular release from their One:12 Collective action figure line. Introducing the Mighty Morphin Green Power Ranger!

Revealed via Mezco’s Instagram and Twitter, the One:12 Collective Green Ranger looks like an absolutely stunning figure and appears to include at least both his Dragon Dagger and the Sword of Darkness. Given that this line is known for its wonderful accessories as well, we’re bound to see even more come with this figure. Currently there are no specific release details or pricing information available in regards to the One:12 Collective Green Ranger but we’ll be sure to update the community when we know more! 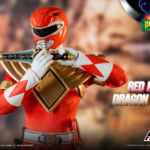 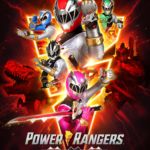 “Alpha, Rita’s escaped! Recruit a team of teenagers with attitude!”

10,000 years ago the evil witch Rita Repulsa waged a war against the forces of good, but standing in her way was the mighty Zordon of Eltar! A wise wizard of the light, Zordon and his allies rallied the forces of good for as long as they could, until Rita banished him to a trans-dimensional time warp. Likewise Zordon managed to seal the witch and her henchman away for eternity, almost. Knowing she may escape one day Zordon prepared for her return, taking up watch on Earth from his Command Center with his friend and caretaker Alpha 5. With the original 5 Power Coins in his possession, Zordon would be ready when the time came, to create the Mighty Morphin Power Rangers!

Finally the mentor of the original Mighty Morphin Power Rangers and his ally arrive. It’s been 10 years since the last attempt to make Alpha 5 & Zordon in a retail toyline. This go around they come in the collector oriented Power Rangers Lightning Collection in 6″ scale and feature stellar articulation on Alpha and electronic lights for Zordon. Surprisingly Alpha is an incredibly dynamic figure while Zordon is the static piece you’d most likely have expected. The only accessory included in the set is a really wonderful call back to the very first episode of hte series, Alpha’s teddy bear which he holds tightly when finding out Rita has escaped. Overall this 2-pack does everything it sets out to do and gives us a really version of both characters in this line.

You can check out the full gallery & review of the Power Rangers Lightning Collection Alpha 5 & Zordon Set in the thread linked below by clicking “Discuss on the TokuNation Forums” at the bottom of this post. And remember, commenting in this gallery thread will qualify you for one (1) additional entry in our annual TOKU TOY BOX giveaway! Offical rules HERE. 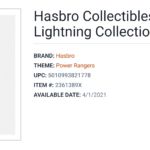 New listings have surfaced online for the next wave of Power Rangers Lightning Collection Monsters!

If these are correct, a pair of iconic Mighty Morphin era creatures will be coming to the Lightning Collection:

Based on the listing, both figures have a tentative release window of April 2021.

Feel free to join in our Ongoing Lightning Collection Discussion Thread to share your thoughts & fears on these new entries!

“Zack here, this is kicking!”

An interdimensional wizard asking him to defend the earth from a 10,000 year old witch may have been just too weird for Zack Taylor, at first. But faced with a choice, let monsters attack him and his friends or step up and defend the Earth, he was always going to do the right thing. Clever & brave, Zack was gifted the powers of the Mighty Morphin Black Ranger & the powerful Mastodon Dinozord! Protecting Earth from the likes of Rita Repulsa and Lord Zedd, Zack was the first in a long line of Black Powers Rangers and powerful black heroes.

Finally rounding out the core team of the original 5 Mighty Morphin Power Rangers, the Mighty Morphin Black Ranger brings us around to our 2nd release for Zack Taylor in the line. First released in his Dragon Shield form, this standard variant gives us  many of the same accessories. The Power Axe is a straight repack and the effect for it cast in new colors, we get a pair of hands, the Blade Blaster gun mode as well as a brand new sculpt for the sword/blade mode, and we get an all new unmasked headsculpt based on the likeness of Zack’s actor Walter Jones! That’s more than enough variety to warrant purchasing this character again in my opinion.

You can check out the full gallery & review of the Lightning Collection Mighty Morphin Black Ranger in the thread linked below by clicking “Discuss on the TokuNation Forums” at the bottom of this post. And remember, commenting in this gallery thread will qualify you for one (1) additional entry in our annual TOKU TOY BOX giveaway! Offical rules HERE.

“Get off our planet!”

Billy Cranston was an average kid with a way beyond average intellect. Making his way through high school with his friends was hard enough, before a benevolent inter-dimensional being chose him and 4 others to protect the Earth from an ancient evil sorceress! Patient & wise, Billy was gifted the powers of the Mighty Morphin Blue Ranger & the powerful Triceratops Dinozord! Part of an incredible team, Billy defended the Earth for years to come as it’s one and only Blue Ranger. When things changed, Billy was always there with a steady hand and strong mind to help guide the Power Rangers towards victory.

The Mighty Morphin Blue Ranger finally rounds out our reviews of the Lightning Collection Wave 5 figures, and brings us close to having the full MMPR team. Armed with the Tricera Lance in both forms as well as his Blade Blaster Billy is ready to face any threat. Of course some extra hands, and energy effect, and an unmasked head based on the likeness of actor David Yost also round out this release! Next time we revisit MMPR one more time to round out the final standard member of the team with the Mighty Morphin Black Ranger!

You can check out the full gallery & review of the Lightning Collection Mighty Morphin Blue Ranger in the thread linked below by clicking “Discuss on the TokuNation Forums” at the bottom of this post. And remember, commenting in this gallery thread will qualify you for one (1) additional entry in our annual TOKU TOY BOX giveaway! Offical rules HERE. 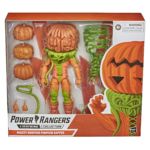 Some new images for the upcoming new villain entries in the Power Rangers Lightning Collection have been released online!

These Lightning Monsters are currently scheduled for release in Spring 2021. The Monster figures will be available at a slightly higher price point- $29.99 USD. 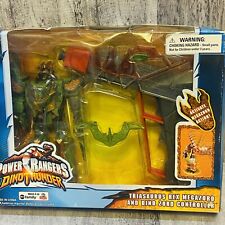