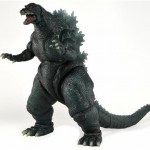 Site sponsor BigBadToyStore.com has put up some listings of the upcoming NECA Godzilla figures, which act as the first true revelation of what exactly we’re getting, along with a concept image of their classic Godzilla figure. Check it out!

For those who aren’t in the loop, for tokusatsu fans NECA is best known for their figures from the Pacific Rim movie. What do you think? Will you be purchasing these figures as an alternative for S.H. MonsterArts? Sound off in discussion!