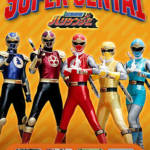 Our friends at Shout! Factory’s confirmed the next Super Sentai series that will be released in North America. Following Hyakujuu Sentai GaoRanger, it will be of course Ninpuu Sentai Hurricanger. The official pre-order page on Shout’s website confirms that the DVD set will be released March 26th 2019 to North America and Canada retailing for 59.97 USD.

Ninpuu Sentai Hurricanger first aired in 2002 in it, a trio of ninja pupil become the legendary Hurricanger to fight off the Jakanja. Footage from the show was used as the basis for Power Rangers Ninja Storm and the series was later followed by Hurricanger 10 Years After to commemorate the show’s 10th anniversary.