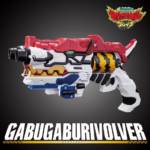 For those still keeping up with Power Rangers Dino Force Brave, P-Bandai’s gone ahead and opened up pre-orders for the DX GabugabuRevolver & GabuGaburiCalibur Set, and with that, we now have new release info.

As the title suggests, both gun and sword will, of course, be included in the set along a Cannontyra Zyudenchi and Zyudenchis 24-29.

The set will retail for a pricey 14,148 yen pre-orders will begin today with the cut off date being July 31st, 2017. The set will then ship out sometime in October 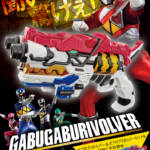 Yet another piece of Power Rangers Dino Force Brave merch was just solicited for release, with Premium Bandai opening up the future pre order  page of the new changer: the GabugabuRevolver the image indicates that the two will be released in a set and Figsoku.net has seemingly given this a price of 9180 yen though this has yet to be confirmed by Bandai  themselves.

At the moment, not much is known about the release but check back with us on 5/19 as we should have official release info by then. 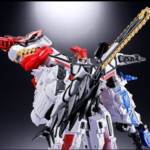 New details have emerged for the Japanese release of Power Rangers Dino Force Brave’s toy line, with Premium Bandai having updated the pre order page for the DX Kyoryujin Set.

The set includes all the components needed to make Brave Kyoryujin himself along with Brave Kyoryujin Western and thanks to the listing we have the Japanese names for these new Zyudenryu:

In addition, the set will have Zyudenchi for each of the corresponding dinos along with three new ones: the Candellia, Luckyuro, and Kyoryuger Batteries seen previously in scans. However, the set is expensive and will set you back 19,440 yen before middleman fees and shipping and will see release sometime this September 2017. 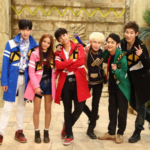 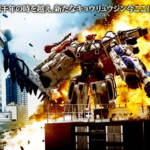 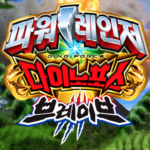 *Finally, Toei given this spinoff an official Japanese title- Zyuden Sentai Kyoryuger Brave! While this suggests the series will also air in Japan, no details have been confirmed at time of writing.

The 12-episode special series Power Rangers Dino Force Brave begins on April 1, 2017! Feel free to join in our Ongoing Discussion Thread and share your thoughts/fears about this unique new project!

First up, a full-length trailer for this series has been posted showing off the new & revised Kyoryuger suits in superb details:

Next, the Dino Force Brave opening theme has also been uploaded:

Finally, the cast & character bios for Dino Force Brave have been released-

*Seyong as Brave Red Dino, described as a dragon child he is the successor to the power of bravery and a trustworthy leader.
*Hong Sungho as Brave Black Dino, is the strictest member of the team and possesses a kind heart.
*Oh Sehyun as Brave Blue Dino, a handsome boy who is known for his athletic ability and his beautiful fighting style.
*Injun as Brave Green Dino, a cute little brother that usually solves problems with money.
*Lee Yujin as Brave Pink Dino, is kind and caring but sometimes selfish.
*Lee Seyoung as Brave Gold Dino, is a very mysterious warrior who works with others while distancing himself from them.

Power Rangers Dino Force Brave is currently scheduled to premiere on April 1, 2017 and run for a total of 12 Episodes. Be sure to join in our Ongoing Dino Force Brave Discussion Thread to share your thoughts about this unique series! 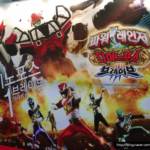 A little while ago, we learned that Korea will be producing it’s own adaptation of Zyuden Sentai Kyoryuger under the Power Rangers Dino Force Brave name.

Since the announcement, a plethora of photos from a recently held  press conference have been released online, where we get to see most of the Korean actors for the show in costume.

Along with that, we also get photos of the toy line. While most appear to be just straight repaints of their respective Kyoryuger toys with a few modified pieces, though a new DX Kyoryujin set was shown along with two new Zyudenryu.

Power Rangers Dino Force Brave is set to air beginning of April and will run for 12 episodes.

Footage of the show’s been posted online via Twitter thanks to some video recordings from the press conference, you can view that video by making the jump here

In addition, an article by tokusatsunetwork.com reveals the cast will be comprised of various K-Pop singers  along with  Koichi Sakamoto himself will be involved with the project, each episode will have a run time of 12-15 minutes.