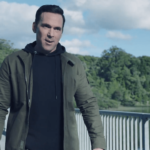 To be celebrated from 2018 on annually, Hasbro and National Day Calendar have just announced that August 28th, shall henceforth be known as, National Power Rangers Day! A brand new national celebration day joins our calendars beginning this year! Here’s more on the announcement from National Day Calendar:

Whether you are a red, yellow, pink, black, blue, green or (favorite color here) Power Ranger, on August 28th, it’s Morphin’ Time! Celebrate your passion for the Power Rangers on social media by wearing your gear and sharing your memories.

Be sure to use #NationalPowerRangersDay to get in on the fun.

How do you plan to celebrate Nationl Power Rangers Day going forward? We hope that in the years to come, all of them can be morphinominal! 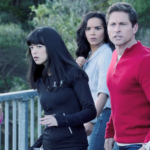 At long last the Power Rangers are returning to finish their season!

The heroes of Power Rangers Super Ninja Steel are coming back Saturday, August 25th 2018 in an episode titled OutFoxed– featuring the team finding a new way to fight back against the sinister Madame Odious.

But on an even better note, the NEXT new episode of Super Ninja Steel will be Power Rangers’ 25th Anniversary celebration! Titled Dimensions in Danger, this episode will include several Legendary Rangers uniting with the Super Ninja Steel team to save the Ranger multiverse from the sinister Lord Drayvon. 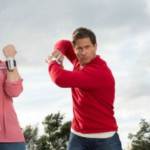 After months of speculation and rumors, the official televised celebration for the 25th Anniversary of Power Rangers has finally been announced!

In a special PRIME TIME episode airing Tuesday, August 28 2018 at 8PM EST a group of past Rangers will unite with the Power Rangers Super Ninja Steel team against a powerful new foe.

The confirmed veteran Rangers returning for this special event include:

And this is only a PARTIAL lineup!

Stay tuned to TokuNation between now & the premiere for further details on this exciting anniversary special! 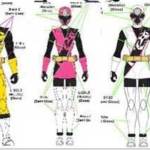 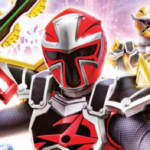 A preview clip for the next episode of Power Rangers Super Ninja Steel has been posted online!

CAUGHT RED HANDED: Brody is accused of stealing something from a teacher.

Be sure to join in our Official Discussion Thread to share your thoughts on this Super Ninja adventure!

This Saturday the 7th episode of Power Rangers Super Ninja Steel, “The Need for Speed”, premieres on Nickelodeon. When Sarah, the Ninja Steel Pink Ranger, decides to break the speed record for a hover board, the Power Rangers will accidentally find themselves face to face with the Galactic Ninja known as Speedwing!

Check out the episode clip below. Power Rangers Super Ninja Steel airs Saturday morning on Nickelodeon, 12pm EST. Be sure to check local listings for exact times and channel in your area.

Are Sarah and Preston in a secret relationship behind Calvin’s back?! Or are they simply practicing for a play together? And who are the Galactic Ninjas and what is their master plan? Check out the preview clip for Episode 06 of Power Rangers Super Ninja Steel – “Attack of the Galactic Ninjas” – down below!

Power Rangers Super Ninja Steel airs Saturday mornings at 12pm EST, 10am PST, on Nickelodeon. Check your local listings for the exact time in your area.

The previous series under Saban Brands have had choruses that do the following:

So Ranger Nation what do you think? Is it a cool throwback? Sound off in our episode discussion!