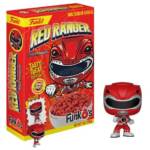 Following up from some of their other mostly store exclusive cereals (like the Golden Girls one) Funko has now announced a new specialty line of “Saturday Morning” cereals for Designercon. This line-up of exclusives includes FunkO’s Red Ranger Cereal!

From the Funko Daily Blog:

Funko is debuting Saturday Morning, an experiential booth that focuses on FunkO’s cereal, classic cartoons, and, most importantly, fun!

DesignerCon exclusive FunkO’s cereal will be available at the booth! The lineup includes Freddy Funko, Marvin the Martian, Skeletor, the Red Power Ranger, Rugrats, Hong Kong Phooey, the Amazing Carlos, and a very special collaboration with Be@rbrick! All DesignerCon exclusive FunkO’s cereal boxes are limited to 1000 pcs each except the Be@rbrick, which is limited to 3000 pcs.
Collecting never tasted so good!

This cereal will be limited to 1000 pieces sold exclusively at Designercon, and each box will include a new Pocket Pop of the MMPR Red Ranger. 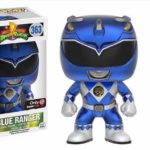 Following yesterday’s news of the Funko Power Rangers figures, we now have an image of GameStop’s exclusive Metallic Blue Ranger version – and instead of a triceratops coin on the chest, the Blue Ranger comes with his wolf emblem from the third season of Mighty Morphin Power Rangers!

Yo @TokuNation @RangerCrew found on the funkopop reddit…note the chest and its exclusive to Gamestop pic.twitter.com/l447J9AliL

Special thanks to our friend @ZeroFlame16 on Twitter for the heads up. You can order this exclusive Funko figure directly from GameStop.com.