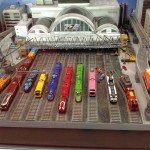 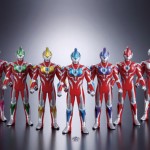 If you’ve been following Ultraman Ginga as a part of New Ultraman Retsudan then you know the titular hero has many forms. For every episode it seems Ginga shows off a new power/form/attack to defeat the weeks’ enemy. Now the Bandai Premium Web Shop is offering a special 7-pack of Ultraman Ginga Spark Dolls representing his 7 forms! The Spark Dolls SP Ultraman Ginga 7 Color Collection contains Ginga in the following forms:

This special set will retail for the very affordable price of 3675 yen in January.