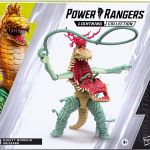 Two more Deluxe entries for the Power Rangers Lightning Collection are on the way!

*First up is the iconic Mighty Morphin Power Rangers monster SNIZZARD! The serpentine creature is recreated with his iconic weaponry and a variety of effects.

Price and release details for these new items are not confirmed at time of writing. Stay tuned to TokuNation for all Lightning Collection updates! 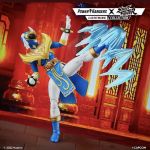 A second Power Rangers X Street Fighter figure is on the way!

The iconic fighter Chun-Li gains the morphing power of the Blazing Phoenix in the Battle for the Grid.

Lightning Collection Morphed Chun-Li is scheduled for release in February 2023 and priced at $33.99 USD. 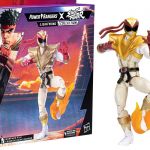 A unique new entry for the Power Rangers Lightning Connection has just been announced!

Following on the Power Rangers X Street Fighter crossover special from the Legacy Wars video game, the Street Fighter character RYU will be joining the Lightning Collection in his morphed form as the Crimson Hawk Ranger! 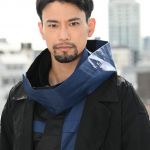 *Kamen Rider Dapan– the Panda Rider- named Kanato Sumida is a Rider with a cute face covering his scary behavior. Dapan is portrayed by Ryunosuke Miyamoto.

*Kamen Rider Shiro– the Polar Bear Rider with the civilian identity of Takeshi Gotokuji is said to be a speedy warrior with a strong sense of justice. Shiro is portrayed by tokusatsu veteran Yamato Kaneshiro, best known as Nossan/Kyoryu Blue in Zyuden Sentai Kyoryuger.

*Kamen Rider Ginpen– the Penguin Rider is the oldest participant to date; a company executive named Takato Taira with a link to Kamen Rider Tycoon. Ginpen’s actor is Tomoharu Hasegawa. 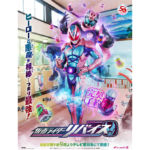 Could there be further Kamen Rider uploads on the way? Only time will tell! 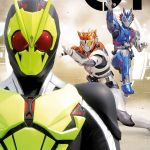 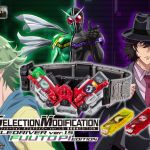 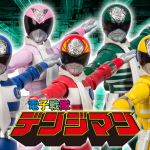 The next entry in the Shodo SUPER action figure series is the 1980 Super Sentai show Denzi Sentai Denziman!

All five members of the Denziman team are recreated in superb detail, with their full arsenal of weaponry.

AND there is a teaser for the next entry in Shodo Super- following Denziman will be Ninja Sentai Kakuranger!

The Shodo Super Denziman release is currently scheduled for January 2023. Price is a modest 8800 Yen before shipping and handling. 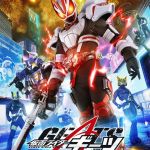 This new series is built around the DESIRE GRAND PRIX where Riders fight for the chance to remake the world.

The first four contestants in the Desire Grand Prix are:

At least 3 more Riders were seen in the conference trailer but their identities have not been confirmed at time of writing.

The Riders will have some guides through their adventures-

*Tsumuri (played by Qingdao Heart) is the navigator for the Desire Grand Prix; her responsibility is to meet new Riders and introduce the rules of combat.
*Giroli– (played by Shugo Oshinari) is the concierge of the Temple of Desire, who oversees the participants of the Grand Prix.

Music for this series will be provided by Koda Kumi and Shonan no Kaze– the group known for the Kamen Rider Gaim theme Just Live More. 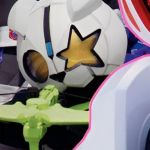 A new magazine cover has given us a quick look at more Kamen Riders from the world of Kamen Rider Geats! All 3 new Riders continue the base animal theme for this series.

While not officially named in this reveal, we know from previous listings that these new Riders are-

And rounding out this cover is another shot of previously-revealed Kamen Rider Buffa– the Bull.

The Rider names’ English spelling is yet to be confirmed.