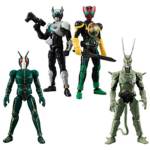 It’s been a long time coming but I’m happy to announce my return to TokuNation galleries! And it’s time to take a look at the long awaited final Showa Rider, Kamen Rider J! J rounds out the trinity of movie exclusive riders from the post-RX era that is still considered Showa by Toei. The 3 films,Shin, ZO, & J are some of my favorite guilty pleasures. Each for differnet reasons. So it brings me great pleasure to finally own all 3 of these figures. This has been nearly 3 years in the making.

Kamen Rider J, you’ll notice has a very similar design to ZO. Which is intentional, but has also caused many people to mistake the two for one another for years. But when you get down to it, they are both very very different. The two figuarts themselves don’t share a bit of molding at all that I can determine, so J winds up with his own unique personality from ZO. While not perfect, J is an admirable send off to the Showa Era of Kamen Rider. Now let’s hope his iconic Rider Machine, the J-Crosser, is on the way soon.

Check out our full 50 image gallery of S.H. Figuarts Kamen Rider J by clicking “Discuss on the TokuNation Forums” at the bottom of this post. We’ll be back soon with a few overdue galleries from Kamen Rider Drive, Tokkei Winspector, Kamen Rider Amazons, and more! 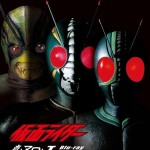 A new listing on Amazon Japan has revealed a Blu-Ray boxset for the 1990s Kamen Rider movies!

And furthermore, an extra bonus feature will be included- Kamen Rider SD! This incredibly rare OVA features a super-deformed retelling of certain Showa-era Riders, and has not been released on home media for over a decade.

It’s time for TokuNation to take a trip back to the 90’s again for this one. We’re revisiting the world of the Kamen Rider 20th Anniversary project Kamen Rider ZO with a new figure gallery! Today’s subject is a companion piece to our ZO gallery from January, the Neo Organism given physical form, S.H. Figuarts Doras!

Doras is cyborg like creature created by the Neo Organism in the film to hunt for the son of it’s creator. Of course like an respectable villain, along the way Doras gets entangled with Kamen Rider ZO. Doras the toy is one of the more magnificent Figuarts on the market. In much the same way we heaped praise on the sculpt of Kamen Rider Shin, Doras is a marvel of detailing and sculpt. An absolutely glorious figure to look at, S.H. Figuarts Doras captures the pure evil of his namesake and reminds us of a time when villain designs weren’t just good, they were amazing. Whether you remember the character fondly from the Kamen Rider ZO film or his later appearance in Decade/W Movie Wars 2010 this figure will not disappoint you.

A selection of images are attached to this post but the full gallery containing over 50 images can be found by clicking “discuss on the TokuNation forums at the bottom of this post. S.H. Figuarts Doras is an incredible companion piece to Kamen Rider ZO and for now at least they look like the only 2 figures we’ll be getting from that film. But you can be certain that when or if more figuarts from ZO are produced, we’ll cover them! 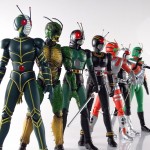 A blast from the past, 1993 to be exact, the titular hero of the film Kamen Rider ZO has arrived in S.H. Figuarts form!

Rounding out the end of 2014 S.H. Figuarts releases is Kamen Rider ZO. From the second film in Toei’s trio of 90’s rider movies, ZO (spoken as Zet-O) is in that murky era that Toei considers Showa, but is actually Heisei. In any case this Showa Rider is one of the more streamlined suits of his era diverging largely from his predecessor Kamen Rider Shin. ZO includes several sets of additional hands as well as an alternate head featuring his Break Toother mouthplate, as well as small Grasshopper with optional wing parts. This grasshopper is one of those used by Dr. Mochizuki to contact ZO telepathically throughout the film.

With 50 images to view after the jump, is there any better way to round out our Toku Toy Box galleries than with S.H. Figuarts Kamen Rider ZO? This gallery marks your FINAL chance to enter into our giveaway. Simply post in the discussion thread after the jump to be entered in for a chance to win our Top Gear Rider Legends Prize Pack! Winners of all 4 prize packs will be chosen tomorrow. Official rules as well as prize pack breakdowns can be viewed here. 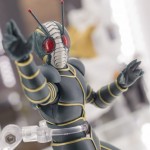 Are you as excited for these upcoming releases as we are? Be sure to share your thoughts in the thread linked ot this story! 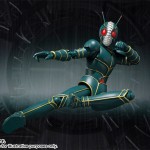 The good people at TamashiiNations have updated their North American release details for January 2015. Among the figures selected are the two most recent tokusatsu SH Figuarts:

*VulEagle, from the series SunVulcan will be available for 43.99 USD

*Kamen Rider ZO, made for a special Showa anniversary movie, will cost 40.99 USD

A great opportunity for fans who missed the early preorder spots! 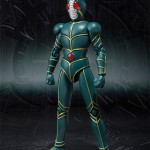 Joining Vul Eagle this December is S.H. Figuarts Kamen Rider ZO, star of the one shot 1993 movie of the same name. Priced 4536 yen (including tax), ZO comes packaged with three pairs of alternate hands, an alternate head with exposed Break Toother and a scaled grasshopper that appears in the movie.

As the Showa Kamen Riders (as well as the all of the main Kamen Riders) grow very near completion, check out the official images after the jump. Preorders for the figure go up September 1st!

Updated with pricing for both!

Despite reports to the contrary for months, it seems that Super Sentai S.H. Figuarts are far from over! Following hot on the heels of Aka Ranger shipping next month, we have the reveal of another classic Showa era Sentai red! Apparently slated for a December release is S.H. Figuarts Vul Eagle from Taiyo Sentai Sun Vulcan! Vul Eagle will be a retail in december for 4860 yen.

In another surprising reveal the 2nd of the 3 “Showa” movie riders has also been revealed! Joining ranks with the recently released Kamen Rider Shin is S.H. Figuarts  Kamen Rider Zo! ZO will be released along side Vul Eagle, also as a retail release in December, for 4536 yen! Could a release for the third movie rider, Kamen Rider J, be far behind? Time will tell! 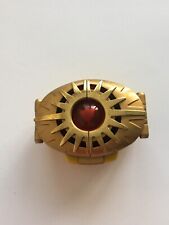 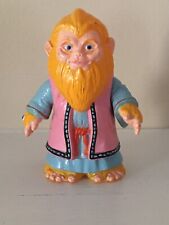 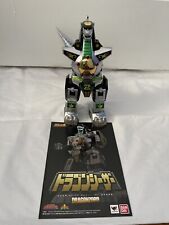 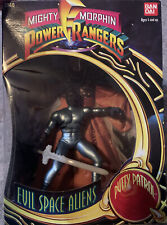 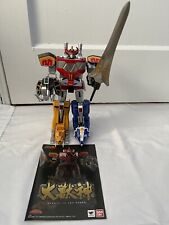