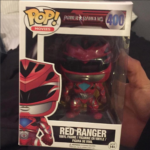 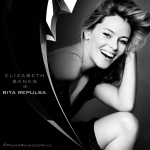 The release of Liongate’s 2017 Power Rangers movie may still be a long way away but there are plenty of announcements to get excited about before then! Last year the actors who will portray the Power Rangers were revealed to the public one by one and now it’s the turn of the Empress of Evil herself. The various Power Rangers social media accounts have officially revealed that Elizabeth Banks will be joining the case as Rita Repulsa.

Elizabeth Banks has previously appeared in wide variety of different films and television productions, with her roles in the Sam Raimi Spider-Man trilogy, the LEGO Movie, Pitch Perfect and The Hunger Games series.

What are your thoughts on Ms Bank’s casting? Be sure to sound off in the comment section and join our ongoing discussion of all things related to the 2017 Power Rangers movie.!