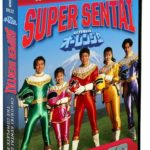 So are you more excited for this DVD release now? What are your thoughts on the cover art this go around? Sound off and let us know in the comments below! 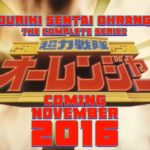 Revealed during today’s marathon stream of Gosei Sentai Dairanger on ShoutFactoryTV, Shout! Factory’s next Super Sentai DVD release is none other than Chouriki Sentai Ohranger!

Chouriki Sentai Ohranger The Complete Series is set for release this November and pricing is of course going to be very similar to what we’ve seen from the last 3 Super Sentai sets from Shout. Zyuranger, Dairanger, Kakuranger, & now Ohranger all available with full official subtitles. Is there anything better?

Are you excited by the chance to own yet another complete Super Sentai series officially subtitled? If this sells well will we get Gekisou Sentai Carranger? We certainly hope so! Let the wonderful folks at Shout! Factory know how excited you are!