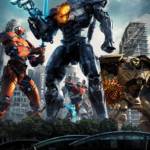 Set ten years after the 2013 fan-favorite original film, Pacific Rim: Uprising stars John Boyega as Jake Pentecost– son of Pacific Rim’s Marshall Stacker Pentecost- who must unite the next generation of Jaeger robot pilots when the monstrous Kaiju return from beyond the Breach.

Pacific Rim: Uprising comes out on March 23, 2018! Don’t miss out on this amazing action film! 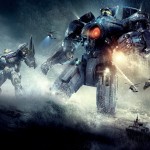 The Jaegers shall rise again!

Universal Pictures has officially announced a release date for the long-awaited sequel to Pacific Rim! After intense production turbulence, Pacific Rim 2 is now on track to premiere on February 28, 2018!

Original director Guiliermo Del Toro will oversee production of this sequel, while Steven S. DeKnight (veteran of Marvel’s Daredevil series) will take over as director.

Stay tuned to TokuNation as we keep you up to date on all Pacific Rim news!