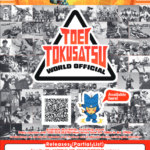 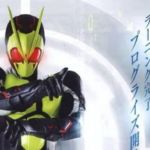 Rejoice! A new age of Kamen Riders is upon us and the much anticipated Kamen Rider Zero-One’s finally made his debut today. The first episode can now be streamed on YouTube via TV Asahi’s YouTube channel surprisingly enough the episode wasn’t region-locked.

Of course, the episode isn’t subtitled and as of this article, it isn’t clear if the rest of the series will follow suit. Those eager to watch the episode can do so by making the jump here. And don’t forget to let us know what you thought about it in the disscussion thread afterward! 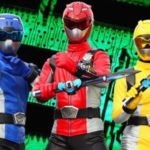 We already saw our first clip thanks to Colby Strong, the actor portraying Blaze via his Twitter feed earlier today, and now our 2nd clip comes from Twitter user who claimed to have found it via the Nick App.

Currently, the clip isn’t available on Youtube so well have to make do with the Twitter link. Make the jump here if you wanna check it out, and we’ll be sure to update this page once a Youtube link becomes available.

In the meantime, check back with us tomorrow morning when Power Rangers Beast Morphers makes it’s debut. Make the jump and let us know what you thought of the episode or the clips we’ve seen thus far in the discussion thread! 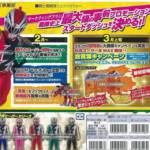 For those of us that are just tuning in and missed the big announcement: Kishiryu Sentai Ryusouger was announced  as the 43rd Super Sentai series proceeding the currently airing Kaitou Sentai LupinRanger VS Keisatsu Sentai Patranger. Clearer versions of the initial toy catalog scans have been trickling out since then, and thanks to some new pages that have been uncovered we have some new details regarding this forthcoming series.

It’s been rumored for quite some time now that Super Sentai will be going on a bit of a break in February, that rumored break is now confirmed via these new scans. Kishiryu Sentai Ryusouger won’t be airing till March until then Toei will be releasing historical Super Sentai videos throughout February on YouTube. Rumour has it that Captain Marvelous/Ryota Ozawa of Gokaiger will be hosting hese videos, though nothing official has been confirmed regarding these videos, so please do take this with a grain of salt.

In addition to that, clearer scans of both the roleplay toys and mecha were also released. The scan shows us a glimpse at how Ryusouger will transform and it seems like the team will perform some sort of dance before initiating the change, an element very reminiscent of Zyuden Sentai Kyoryuger.

There’s still a lot we don’t know about the new Sentai on the block, so stay tuned and we’ll keep you up to date as new info becomes available. In the meantime, make sure to hit the jump and join us in the discussion thread. 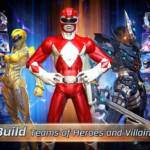 In addition, an article posted on  Power Rangers Now via some screen shots released shows some of  the initial roster of characters that will be playable at launch.

The game’s will be comprised of various villains and Rangers from both Mighty Morphin and the 2017 film in addition to those from the following series:

The game will be released March 23rd ahead of the movie’s debut according to nWay’s Twitter account. 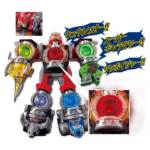 With Uchuu Sentai Kyuuranger set to make it’s inter galactic debut this weekend, our first batch of toy reviews kicks off with a video demonstrating the DX Kyuren-Oh courtesty of wotafa via Youtube.

So hit the box below if your curious as to how this year’s mecha will function and we’ll see you guys this weekend for the first episode of Kyuuranger. 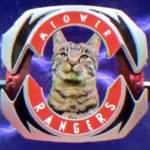