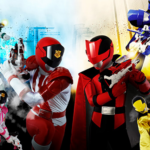 LupinRanger VS PatRanger is officially scheduled to begin on February 11, 2018! Stay tuned to TokuNation as we keep you up to date on this exciting new series! 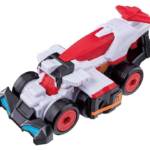 It’s a double whammy of new Super Sentai toys today! Not only are the Lupinranger toys going up for pre-order, we also have stock photographs for Keisatsu Sentai Patoranger’s first quarter toys as well.

Keisatsu Sentai Patoranger’s first batch will consist of: Vinyls for PatorenIchigo, PatorenNigo, and PatorenSango along with their respective Trigger Machines and their version of the VS Changer which includes Red’s Trigger Machine. 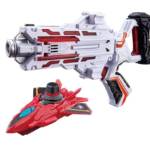 Lupinranger VS Patoranger’s debut is right around the corner and as such; pre-orders for the first batch of toys are beginning to surface.

To kick things off, we have our first look at the Kaitou Sentai Lupinranger toys whose catalog consists of vinyl for LupinRed, Blue, and Yellow. The Dail Fighters, Lupin Sword, and the VS Changer which includes Red’s Dail Fighter.

You can look forward to these toys hitting shelves in February 2018.

Toei has published their first official details on the production crew in charge of the upcoming Super Sentai Series Kaitou Sentai LupinRanger VS Keisatsu Sentai PatoRanger!

The 42nd Super Sentai Series is officially scheduled to begin on February 11, 2018! Stay tuned to TokuNation as we keep you up to date on this remarkable new series! 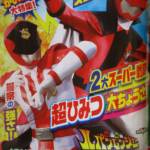 A plethora of new images from the upcoming 42nd Super Sentai Series Kaitou Sentai LupinRanger vs Keisatsu Sentai PatoRanger have just been released!

While the scans do not provide much NEW information about these upcoming series, they do offer some excellent clarification on several items teased in the early catalog photos:

*We see the VS Changer, henshin device and sidearm for both teams.
*The LupinRangers’ powers are fueled by aircraft-based Dial Fighters while the PatoRangers use automotive-based Trigger Machines. Both can grow in size to become the teams’ Mecha.
*Members of LupinRanger are armed with the Lupin Sword (which also functions as a grappling hook). Meanwhile, Team PatoRangers’ signature weapon is the Pat Megabo– a baton that can turn into a megaphone.

Finally, a brief story teaser for this new series is included! A legendary thief known as Arsène Lupin gathered a series of powerful artifacts known as the Lupin Collection until all were stolen by a mysterious enemy force. The LupinRangers- who have taken their name as tribute to the iconic thief- declare it their duty to recover the Collection, but the PatoRangers have also been assigned to recover the treasures AND arrest the LupinRangers. Will the teams overcome their differences? Only time will tell!

Kaitou Sentai LupinRanger VS Keisatsu Sentai PatoRanger is currently scheduled to begin in February 2018! Stay tuned to TokuNation as we keep you up to date on this remarkable new Super Sentai Series! 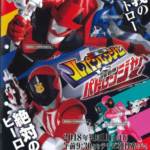 After some early teasers, the full catalog of new merchandise for the upcoming 42nd Super Sentai Series Kaitou Sentai LupinRanger vs Keisatsu Sentai PatoRanger has now been released!

In addition to clearer shots of the new Ranger suits and Mecha, several new pieces are seen in full detail-

*Both teams use the same henshin device; a sidearm known as the VS Changer! This device loads this seasons’ apparent collector gimmick-special craft called VS Vehicles -for combat purposes.

*Team LupinRanger uses aircraft called Dial Fighters as the source of their powers, while Team PatoRanger is powered by automobile-based TriggerMachines.

*The LupinRangers’ signature weapon- the Itadaki KaiTou– a sword that can also function as a reaching-claw.

*The PatoRangers have their own signature weapon- the Kakusei Keibou– a police baton that can transform into a megaphone.

Definitely some exciting items for this very unique new Super Sentai project! Be sure to join in our Ongoing LupinRanger VS PatoRanger Discussion Thread to share your thoughts & fears on these exciting reveals! 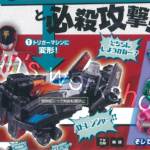 Yet another new image for the next Super Sentai Series has been posted online!

Be sure to join in our ongoing LupinRanger VS PatoRanger Thread to share your thoughts & fears about this upcoming Super Sentai!

We finally have our first look at the suits for the upcoming 2018 Super Sentai series Lupinranger vs Patoranger. Check it out!

For those still confused on the title – it literally means “robbers” (Lupin) vs “cops” (Pato). We can’t wait for more information!