“You will carry on the work we began.”

The original Magna Defender, was a fierce & noble warrior. But consumed by revenge over the loss of his son, the Defender resorted to vicious tactics to combat his enemies. In a bid to undo his terrible deeds & save the Terra-Venture colony, he sacrificed his own life, resurrecting Mike Corbett in the process. Brother to Leo Corbett the Red Galaxy Ranger, Mike’s body had been a vessel for the spirit of the Defender. Given a second chance, Mike is now worthy enough to inherit a hero’s legacy. Taking up the Magna Sword and commanding the Torrozord into battle, Mike becomes the next Magna Defender!

Of the various figures announced and released for the Lightning Collection line so far, the Magna Defender is by far one of my favorites. A solidly built and designed figure, the Defender feels right at home with any 6th rangers or extra heroes you have floating around in your collection. Fans of Power Rangers Lost Galaxy & Seijuu Sentai Gingaman will be incredibly pleased with how this surprisingly dynamic figure has turned out. Armed with the Magna Sword & Magna Blaster, the Magna Defender’s legacy is ready to live on!

We’ve assembled 70+ images of this figure for your viewing pleasure, just click “Discuss on the TokuNation Forums” at the bottom of this post to see them all, and read our in depth review. We have several special cameos in this gallery. We’ll be taking a little bit of gallery break this week, but we promise we’ll be back soon with more Lightning Collection and S.H. Figuarts galleries!

In a world where streaming services are becoming the norm and different companies are licensing their properties to different services, it can be hard to figure out which streaming service to subscribe to in order to see the shows that you want to watch. Enter TubiTV – a free streaming service that features some of your favorite properties and you may not have ever known about it! We are pleased to share with you that TubiTV currently has eight seasons of Shout! Factory/Shout! Factory TV’s Super Sentai subtitled series available to stream for free.

This post is not a paid endorsement or advertisement for Shout! Factory, Shout! Factory TV, or TubiTV. This post is simply an informational post aimed directly at the numerous fans that contact us weekly asking for ways to watch popular shows online for free. Each user experience on TubiTV may differ and TokuNation.com is only telling you the service exists. 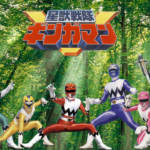 Earlier this year, we reported that Shout! Factory would be continuing their official Super Sentai releases with the fan-favorite Seijuu Sentai Gingaman.

Now we appear to have a release date for this Super Sentai release! An official Amazon Order Page has opened, with release currently scheduled for January 30 2018! As always though, release details are subject to change.

Stay tuned to TokuNation as we keep you up on all Shout! Factory Super Sentai releases!

Announced at SDCC with coverage via Powerrangersnow, we just have confirmation that our friends over at Shout! Factory will be releasing Seijuu Sentai Gingaman on DVD with English subtitles.

Gingaman began airing in 1998 and would later become the basis for Power Rangers Lost Galaxy. Price and the exact release date wasn’t disclosed, but we can expect this to hit shelves early 2018.