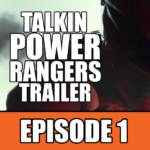 For those who have followed the site for the 5 years we’ve been here, you’ll remember that we used to have a podcast titled “Talkin Toku at the Nation”. It became “Talkin Toku” and grew to be somewhat popular in various circles for people who enjoyed three idiots discussing things that their wives and girlfriends have considered leaving them for time and time again.

Talkin Toku is back – now as a weekly YouTube show – featuring a variety of hosts throughout the tokusatsu fandom. The first episode – Talkin Power Rangers Trailer – is now live and features @TokuChris and >@SoulInkChu of TokuNation.com, and @JmannDX from CollectionDX.com. Check out the episode below.

If you enjoy the video – please like and subscribe! While Talkin Toku is no longer considered part of TokuNation.com, we look forward to sharing their videos in the future.

The crew of Talkin Toku is back yet again with an action packed episode promising to dull your senses and cause you regret! Join Chris “Kickback”, Jordan “Den-O”, and Tom “Sentai Tamashii” for this trip down toku discussion lane!

Did you get your S.H. Figuarts Kamen Rider Gaim Kiwami Arms figure yet? We did – and we’re not happy. Listen to us rant about what all three agree is the worst quality controlled product to come out of Tamashii Nations in quite awhile. We also discuss Power Rangers Dino Charge toys – namely the Dino Charge Megazord – and whether or not we think it’s a good toy and what, if anything, it has over it’s predecessor the Legendary Megazord from Power Rangers Super Megaforce.

EXCLUSIVE! Tom fails at being a good administrator at a leading tokusatsu website community. The plus side? You get to hear his reaction to the first image of Shuriken Sentai Ninninger during the podcast. What does he think? This is actually a pretty neat thing because how often does a fan of Super Sentai have their first reaction to the new series recorded? Check it out, it’s a pretty fun listen. We also touch on speculation of the upcoming series including what our thoughts are on possible henshin devices and so forth. And marbles. That’s right – marbles. Tom talks marbles. I can’t make this up if I tried. Just listen.

Power Rangers Dino Charge had the theme song and the smart phone app come out. Does it get the seal of approval from the guys? What about the theme song – what works, what doesn’t work, and does it hold up? Tom gives his $0.02 as he describes his youngest son’s reaction to the theme song.

We also take an in-depth look at the extended episode of Power Rangers Super Megaforce as we end our discussion on the series that seems to have divided part of the fandom in terms of “IT SUCKS” versus “IT KIND OF SUCKS”. What parts of the extended episode were good? Which were unnecessary? And was it really as special as we all thought it was? Jordan gives his rundown on why he feels it was a lackluster extended battle, while Chris and him get in to it about one of the more fandom-popular moments of the extended Legendary Battle.

Finally – we talk some Toku Toy Box giveaway as the episode ends. Have you registered on TokuNation.com yet and posted in the eligible threads so you can win? You’ll have plenty of opportunities in the future, but don’t miss your chance at entering in each qualifying thread!

Enjoy! Thanks for listening and Happy Holidays!