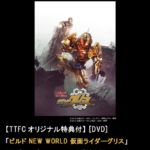 Kamen Rider Build’s finale ended mere minutes ago, and already Toei has announced a pair of follow ups to the series, the first of witch being Build New World: Kamen Rider Cross-Z! This new V-Cinema will focus on Ryuga Banjou in the aftermath of the series and will also introduce a brand new bottle at his disposal, the DX Muscle Galaxy Full Bottle! See the teaser below!

The Blu-Ray DVD combo of this film comes packed with the DX Muscle Galaxy Full Bottle, a theme song CD, and will retail for 11,880 yen.  There will also be a limited theatrical screening of this film in early 2019. The physical release will be out in April 2019. 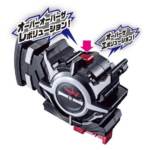