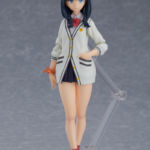 Last year, Studio Trigger surprised both the Anime and Toku communities with their hit series: SSSS.Gridman show. We’ve seen no shortage of merchandise from this show, especially when it revolves around two of the show’s most popular female characters: Rikka Takarada and Akane Shinjo. Earlier in the year, Max Factory announced at Winter Wonder Fest that those two aforementioned characters will be coming to the popular Figma line of action figures and we saw the prototype of Rikka Takarada at the event. Max Factory’s finally gearing up to release this figure into the wild, and of course, we now have a plethora of new images for Figma Rikka Takada.

The Figma line is known for coming with a plethora of different accessories, facial expressions, and swappable parts and it seems like Figma Rikka Takarada will be no exception. Figma Rikka Takarada is packed to the brim with different facial expressions, hand options, and hair options for perfect for any occasion or photo gallery in addition to the signature clear display stand that all Figmas come with.

The price for Figma Rika Takarada isn’t known, but we know she’ll be released sometime in November 2019. We’ll be sure to update this article as soon as the pricing is known so stay tuned! 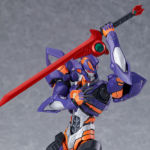 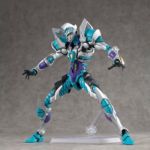 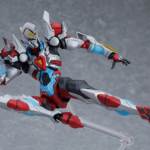 Finally, after months and months of teasing our friends at Max Factory’s gearing up to release the much anticipated Figma SSSS.Gridman action figure.

Figma SSSS.Gridman will see a release in August 2019, retailing for 6,800 yen. Accessories include the giant Gridman Calibur weapon, in addition to an array of optional hands and Figma’s signature clear display base.

You can pre-order Figma SSSS.Gridman via AmiAmi as of this writing

Yesterday we got our first real look at color prototypes for the upcoming Figma Gridman & Grid Knight from SSSS Gridman. Both look phenomenal in what little we could glean from the Figure Oh scan. Today however GSC has released a single hi-res look at this fair together for the first time! This offers the absolute best look yet at either of these Figma’s and I have to say, they look incredible together. The post this image was attached to also indicates that Figma Gridman pre-orders will begin on January 19th.

In another surprise teaser, Goodsmile has announced that they are indeed working on at lest one Kaiju from the series. No, we don’t just mend the adorable clay model Kaiju that Nendoroid Akane Shinjo comes with, this is apparently going to be some sort of full size figure of Ghoulghilas! The cyborg like dragon monster which Gridman faced in the first episode of the series. While GSC has not indicated if this will be some sort of full scale DX, Figma, or maybe even just a vinyl figure, it’s pretty promising to see a Kaiju from the series being worked on. It was anounced in the same GSC blog update as the new Figma image.

As more information about Gridman, Grid Knight, and Ghoulghilas becomes available we’ll be sure to keep you informed. 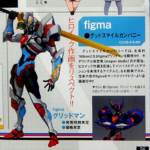 Previously, Good Smile revealed prototypes for both an upcoming Figman Gridman, and most recently after some spoiler-y developments in the last couple episodes, teased a Figma Grid Knight. Now that the most recent issue of Figure Oh has been released, we finally have our first full color image of both prototypes!

This image shows Gridman for the first time in vibrant color, wielding the mighty Gridman Calibur. Grid Knight is looking equally gorgeous in purple & orange, though for now at least we haven’t glimpsed the Grid Knight Calibur he almost assuredly comes with. This image does however confirm Figman Gridman’s size at 160mm (roughly 6.3″) which is larger than the average Figma, and larger than the Gridman figure GSC is releasing in the DX Assist Weapon Set.

For now we still don’t have specific pricing or release information, but when we do, we’ll be sure to update this story. 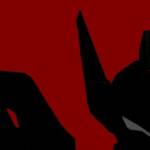 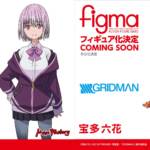 You may have just heard that Max Factory plans on adding the titular hero to their Figma line up, and now two more characters from the anime will be joining him with Figma Rikka Takarada & Akane Shinjo having been teased.

Sadly, we have no prototypes to show of these fan-favorite characters or release info. But stay tuned to Tokunation and we’ll continue to bring more updates on this as it becomes available. 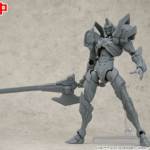 Max Factory has revealed a full prototype of a Gridman figure to be included in their Figma action figure series. This line is generally similar in scale to SH Figuarts– although plastic quality varies. The Gridman Figma is pictured with his signature weapon, the Electrifying Great Sword Gridman Caliber!

Sadly, no release details on Figma Gridman have been announced at time of writing. Stay tuned to TokuNation for all Gridman reveals!