END_OF_DOCUMENT_TOKEN_TO_BE_REPLACED

As members of the Power Force, the official Power Rangers insider group for Saban Brands, sometimes we get some cool stuff that we can share. This one is something super cool – we get to share with you the chance to beta the upcoming Power Rangers Unite mobile game! The game is currently in beta testing as we post this news story – now is your chance to join in and test out the game before it’s released.

Simply click here to fill out the beta test application! It’s important to note – the game is currently only available on iOS devices (7.0 and higher). There is an Android version in the works but sadly it is not available for testing yet. 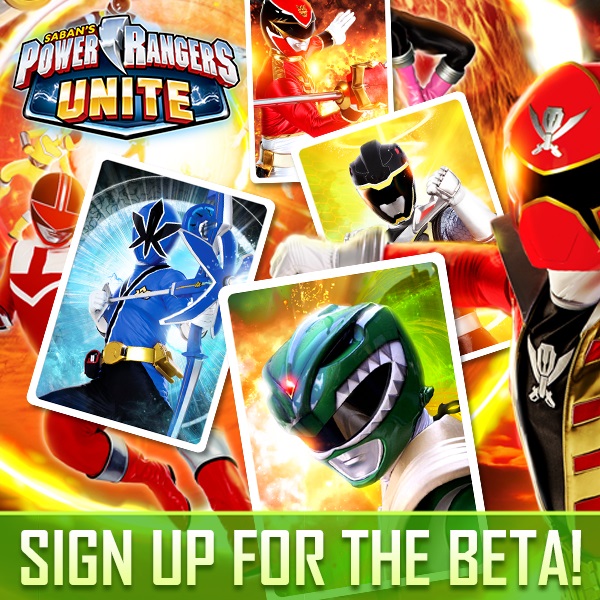 With the release of Power Rangers Super Megaforce toys last week, it was only a matter of time before the official Key Scanner App was released! And it has – simply search Power Rangers on your Apple App Store or the Android Store and you can download it! If you already have the Card Scanner App, just update it – they Key Scanner App is the actual update that’s been released.

Our friend Fury Diamond from RangerCrew.com managed to already hack in to the app and downloaded all the images that the app contains! Want to know what classic Power Rangers and Power Rangers Allies are getting keys? Or see some really awesome face icons and battle poses of each Ranger?

Click here to check out all the Key Scanner App images!

Download the app, scan your key, and go to battle! Go Go Megaforce!

Special thanks to @GuidoNerdGreg on Twitter for the initial heads up!