This expensive collector piece was revealed only yesterday, but now we have our first official look at the Tamashii Lab Laser Blade from Space Sheriff Gavan!

As reported previously this impressive item features an IR sensor that lets the Laser Blade detect your hand as you slide ir up the blade to “charge” it in the same way that Gavan does for his Gavan Dynamic attack. Whilst doing so you can press a button on the hilt to the either the series BGM, or rapidly press it to recreate sound effects from the show. These images also confirm the inclusion of the fantastic set of display hands to hold the Laser blade. See the promo video below with the legendary actor who played Gavan, Mr. Kenji Ohba, demonstrating these wonderful features.

The Tamashii Lab Laser Blade is set for January 2017 release for a whopping 16,200 yen. 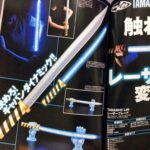 Legacy Collection what? It looks like Tamashii Nations is getting in on premium 1:1 scale replicas for a whole new subset of fans, specifically Metal Heroes. We’ve just gotten our first look at the upcoming Tamashii Lab Laser Blade! A lifesize replica of Space Sheriff Gavan’s signature weapon.

This surprising piece looks to be one of the most complex replica weapons Bandai has produced to date. Featuring an IR sensor, the Laser Blade allows you to slide your hand up the blade to “charge” it in the same way that Gavan does for his Gavan Dynamic attack. Whilst doing so the Blade lights up in sequence and plays the appropriate sound effects while also playing the series’ BGM!

The Tamashii Lab Laser Blade is set for January 2017 release for a whopping 16,200 yen. Currently it’s believed to be a Premium Bandai exclusive releases but we don’t have confirmation on that as of yet. 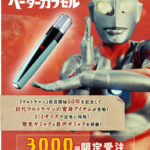 Just a few days ago, Bandai teased the release of high end props from the Ultraman franchise that will be coming down the pipe line, we now have official images of the first two offerings of what is now being called the Ultra Replica line, which will be released via Premium Bandai.

First off, we have the Ultra Replica Beta Capsule of the first Ultraman it will be joined by Ultraman Tiga’s Spark Lens, both pieces will come with distinct display bases.

Pre orders will simultaneously begin on July 8th and will ship out sometime November 2016. Both pieces will cost 7800 yen before middleman fees and over seas shipping. 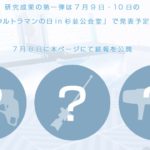 Just recently, Bandai’s announced that their Proplica will be releasing high end roleplay items from the Ultraman series with an official web site having gone up. This is to coincide with the 50th Anniversary of the franchise.

At the moment, not much is known about the line or even what will be the first release but stay tuned and we’ll be sure to bring up to date info as it’s made avalaible.