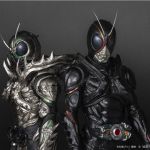 The official Kamen Rider Black Sun website has updated with the best look yet at the designs for this revival project!

Not to be outdone, the villainous ShadowMoon gains a similar upgrade- with motorcycle to match!

Kamen Rider Black Sun is scheduled for release later in 2022. Stay tuned to TokuNation for further details on this exciting Kamen Rider project! 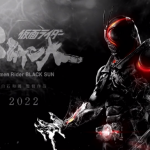 This new project will be written by Izumi Takahashi and directed by industry veteran Kazuya Shiraishi. Actor Hidetoshi Nishijima will take on the title role, while Tomoya Nakamura will portray the iconic villain ShadowMoon.

Kamen Rider Black Sun is expected to hit theaters in 2022!

The series will be directed by Kazuya Shiraishi.