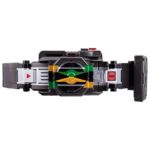 in case you missed it, Bandai released a cool little teaser image for the upcoming Complete Selection Modification Zeronos Belt. It is now the 27th, and Bandai has officially kicked off the pre-order page.

The Complete Selection Modification Zeronos Belt clocks in at 18,700 yen. Pre-orders for this bad boy will begin on May 27th, 2021 with a final shipping date sometime later in November. The Zeronos Card will be included with this package, in addition to a Rider Pass card for Zeronos himself. As with most Complete Selection pieces, the Zeronos belt will incorporate a BGM gimmick, as well as a gimmick that will allow the user to playback pre-recorded lines from both Yuto Sakurai and his Imagine partner Deneb.

Yuto’s Actor, Yuichi Nakamura returns to demonstrate this exciting new piece, you can watch the video in the box below.

You can pre-order yours from site sponsor Tokullectibles 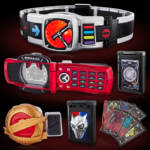