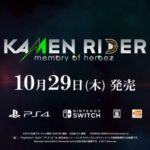 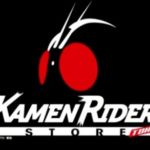 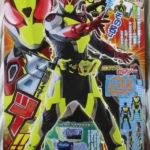 In a world ruled by Humagears, Aruto Hiden has no allies. Or at least, not many. With the Zero-One Driver taken, and his options limited, a mysterious stranger gifts him the trump card he needs. A forceriser! Thus a new and powerful form is born, Kamen Rider Zero Zero-One!

Just revealed by Tamashii Nations Kamen Rider Zero Zero-One (001) is about to join the S.H. Figuarts line up of Hiden, AIMS, and ZAIA Kamen Riders. Set for release in October 2020 Zero Zero-One will retail for 6600 yen. The figure will be released as a Tamashii Web Exclusive as well. Check back with us to see further updates on this release in the coming months! 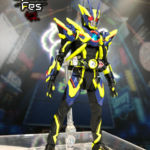 Warning! Warning! This Is Not A Test!

Tamashii Cyberfest has revealed the next SH Figuarts entry for Kamen Rider Zero-One!

SH Figuarts Zero-One Shining Assault Hopper will be a Tamashii Web Exclusive. Release is currently scheduled for September 2020 at a modest price of 6800 Yen. 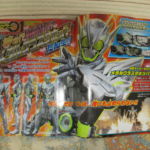 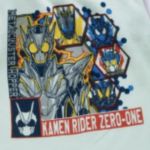 A leaked image from Bandai Fashion has given fans a quick look at the next stage in power for Kamen Rider Zero-One!

This is out first image of Metal Cluster Hopper, a heavily-armored configuration that offers untold new abilities.

Be sure to join in our Ongoing Zero-One Rumor Thread to share your thoughts & fears on this exciting new form! 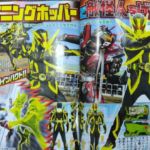 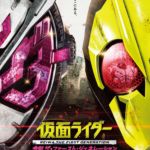 A new full-length trailer has been released for the upcoming Kamen Rider crossover film Kamen Rider Reiwa: The First Generation!

This movie features the return of Kamen Rider Zi-O and his enemies, the TimeJackers. Changes to the timestream have caused the HumaGear to revolt, so Zi-O must recruit Kamen Rider Zero-One to save the timeline.

Kamen Rider Reiwa: The First Generation is currently scheduled for release on December 21 2019!