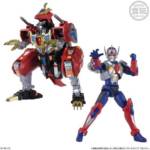 As you may recall, Bandai teased the release of a pair of Minipla: Dyna Dragon and Gridman Sigma way back at Summer Wonder Festival in July. It’s been some time since that event and seems like Super Minipla King Gridman & Gridman Sigma are both finally ready for production. Pre-order-links have gone up, and with that, we have a plethora of new images of what the colored product will look like.

Two options will be available: to pre-ordering Dyna Dragon on his own will run you 4,860 yen while the bundle with Gridman Sigma will cost 6,480 yen. Either way, both will be shipped out sometime in February 2019.

For those new to the fandom: Gridman Sigma is the proposed sequel series to Gridman and proposed ally of Gridman. Gridman Sigma would’ve been the alter ego of Takeshi Todo, a former villain in the previous series. The hero wouldn’t make his debut proper until the 2015 animated short: Gridman: Boys Invent Great Hero.

Pre orders for the Web Exclusive S.H.Figuarts Apollo Geist and Ultra Act King Gridman are still on going, and updated photos from the Tamashi Nations show room in Akihabara gives us our first in hand look at these fourth coming figures.

Both Apollo Geist and King Gridman are due out in August for 3990 yen while King Gridman will retail for the more expensive price tag of 6,300 yen. 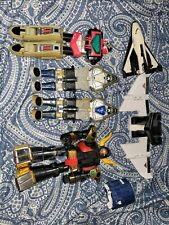 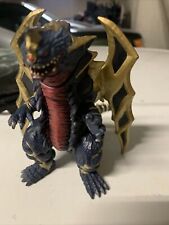 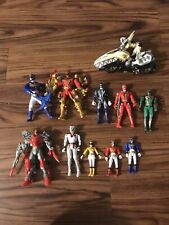